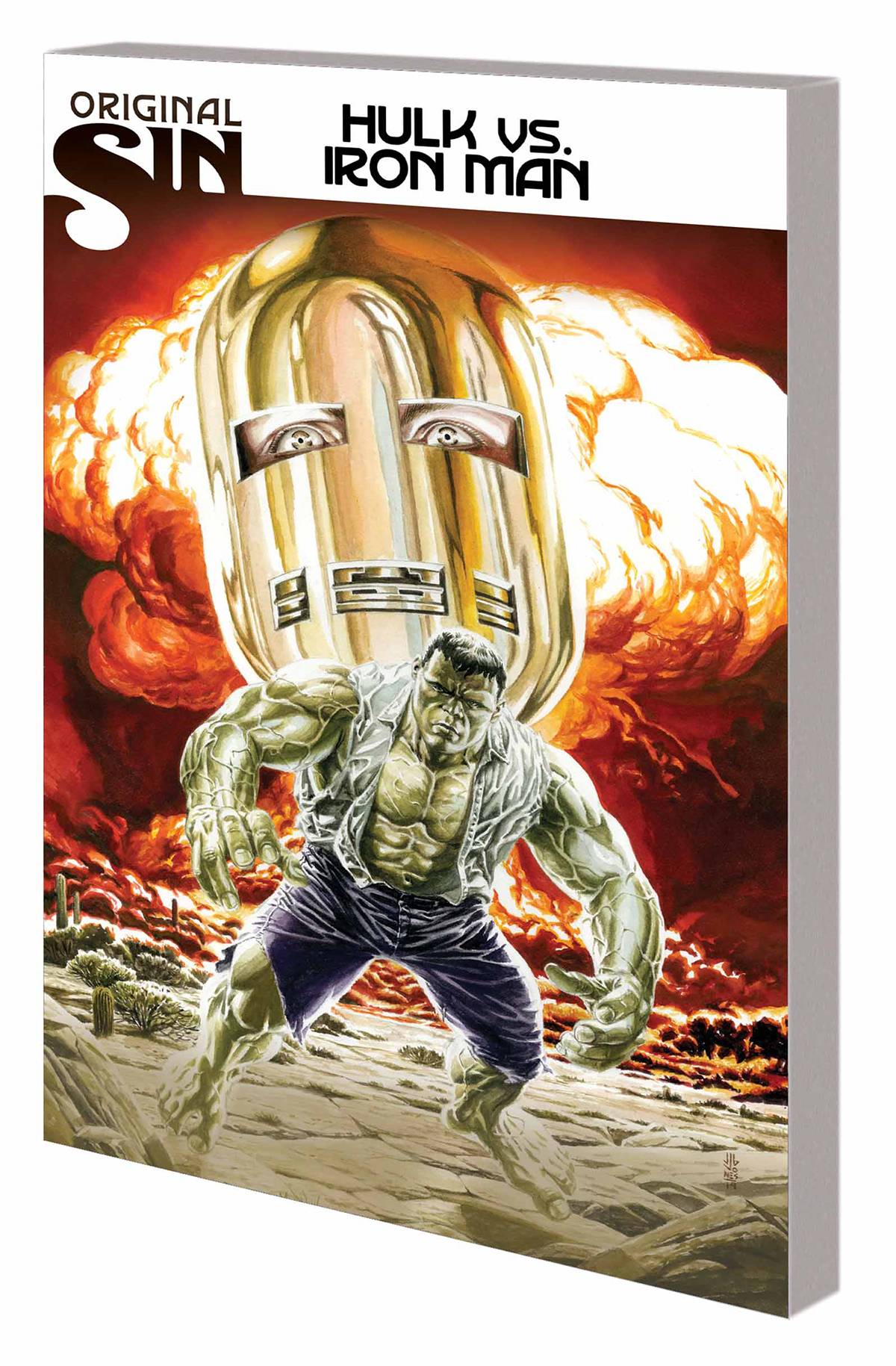 #
AUG140907
(W) Mark Waid, Kieron Gillen (A) Mark Bagley, Luke Ross (CA) J. G. Jones
In the wake of the Watcher's murder, the Marvel Universe's greatest secrets are being revealed! And there's one secret so big, so green, so earth-shattering that it will shake a seminal Avengers' relationship to its core. As everyone knows, Bruce Banner was transformed into the Hulk after he was caught in the explosion of an experimental gamma bomb. But could billionaire weapons manufacturer Tony Stark have been responsible for the accident all along? A startling new development threatens the love/hate relationship you've been following on screen and in comics as Mark Waid and Kieron Gillen's blockbuster writing runs on HULK and IRON MAN come to their colossal conclusions! Collecting ORIGINAL SIN #3.1-3.4.
Rated T+
In Shops: Oct 22, 2014
SRP: $16.99
ORDER WISH LIST