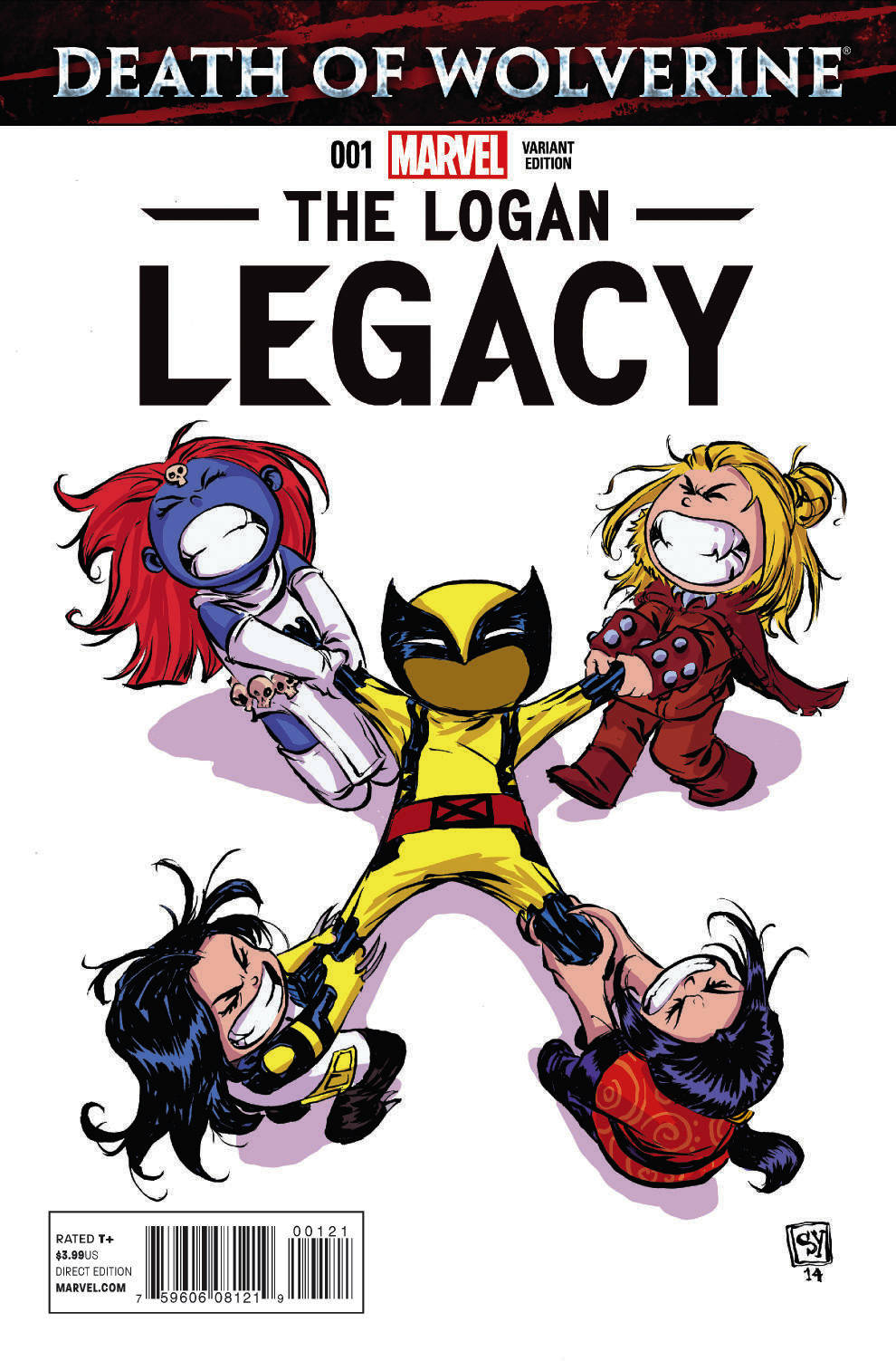 AUG140749
(W) Charles Soule (A) Oliver Nome (CA) Skottie Young
• Wolverine-the greatest X-Men ever-is dead!
•  With this mutant powerhouse now permanently out of the picture, various factions of both good and evil are scrambling to fill the void left by Logan's death!
•  Will Wolverine's Legacy be shaped by heroes who valiantly fought alongside him
or by those villains treacherous enough to have challenged him over the many years of his long life?
•  The answers will be revealed in this special 7-issue limited series that spins directly out of the mega-popular DEATH OF WOLVERINE!
•  This series will feature unique solo adventures of several instrumental figures in shaping Logan's Legacy: X-23, Sabretooth, Daken, Lady Deathstrike and Mystique!
Rated T+
In Shops: Oct 15, 2014
SRP: $3.99
View All Items In This Series