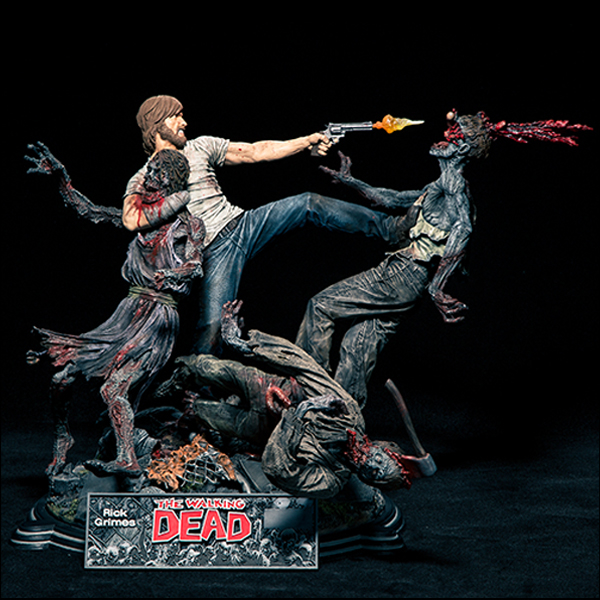 AUG140714
Hardened by killing and loss, a harsher, tougher Rick Grimes has emerged from the rubble of this post-apocalyptic world. This limited-edition statue depicts Rick, in a desperate struggle against the endless wave of the undead. Rick single-handedly exterminates a hoard of zombie threats in his unyielding mayhem! Standing over 14 inches tall and displaying heart-stopping action, this hand-painted statue includes every eyeball-popping, brain-splitting, and gun-blazing detail in full color. Each statue also includes a highly detailed individually numbered plaque, 360 degree rotating base, and certificate of authenticity signed by both Robert Kirkman and Todd McFarlane.
In Shops: Nov 19, 2014
SRP: PI
ORDER WISH LIST