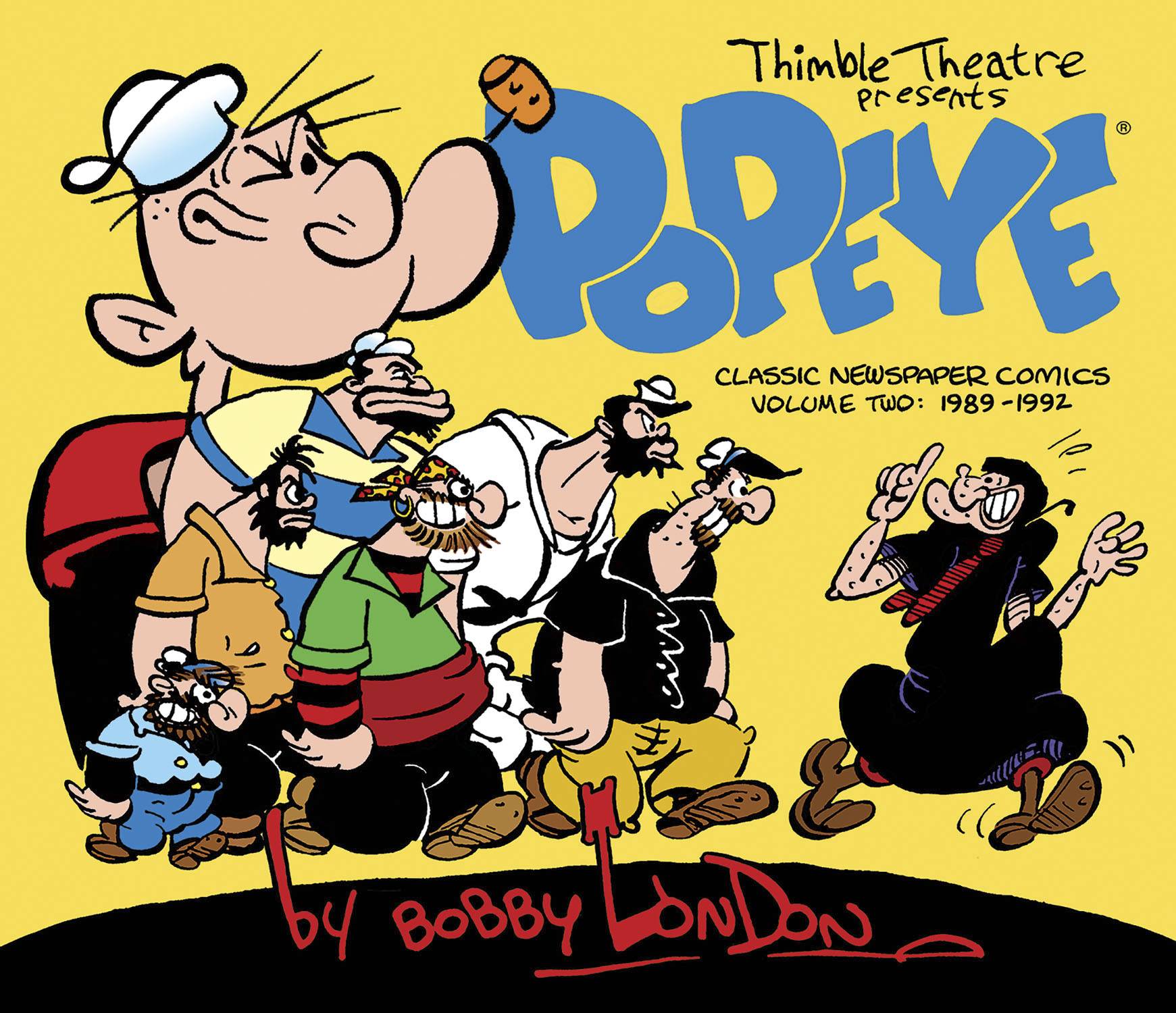 #
AUG140511
(W) Bobby London (A/CA) Bobby London
When we say "complete," we mean COMPLETE! Bobby London's take on the Sailor Man has often been overshadowed by his being fired from the strip in 1992, ostensibly for presenting a storyline that was an allegory about abortion. King Features Syndicate pulled the final three weeks of strips and daily newspapers began running reprints. Story over in mid-stream.

Now, 22 years later, thanks to the kind cooperation of the good folks at King Features, those three weeks will be included in this second volume of our series. But wait... that's not all! Turns out that Bobby London produced an additional six weeks of strips beyond the three that were pulled from syndication!
In Shops: Nov 19, 2014
SRP: $39.99
View All Items In This Series
ORDER WISH LIST