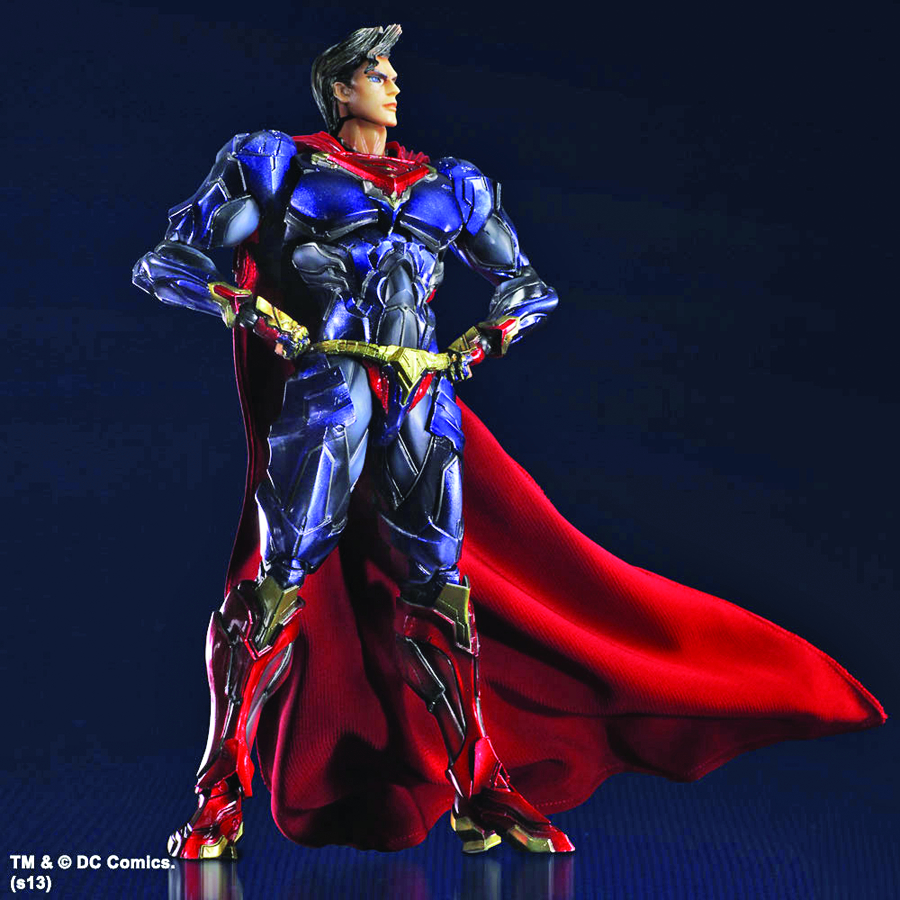 AUG138103
From Square Enix. Super heroes re-imagined by Play Arts ~KAI~ craftsmanship. The heroes of DC Comics have been reimagined by Square Enix for their new line of DC Comics Variant Play Arts ~Kai~ Figures. Two new figures, these from the doomed planet of Krypton, sport new anime-inspired costumes and designs that capture the essence of the familiar characters while giving them a unique style. Superman's bulging muscles are redesigned with a power suit that combines sharp edges of armor with the natural curves of the body. Supergirl comes equipped with a weapon designed from an episode in the original comics, a special effect accessory for super-fast flight, and an interchangeable face piece with an angry expression, to recreate her character to the fullest potential. Each figure comes with a display stand. Window box packaging.