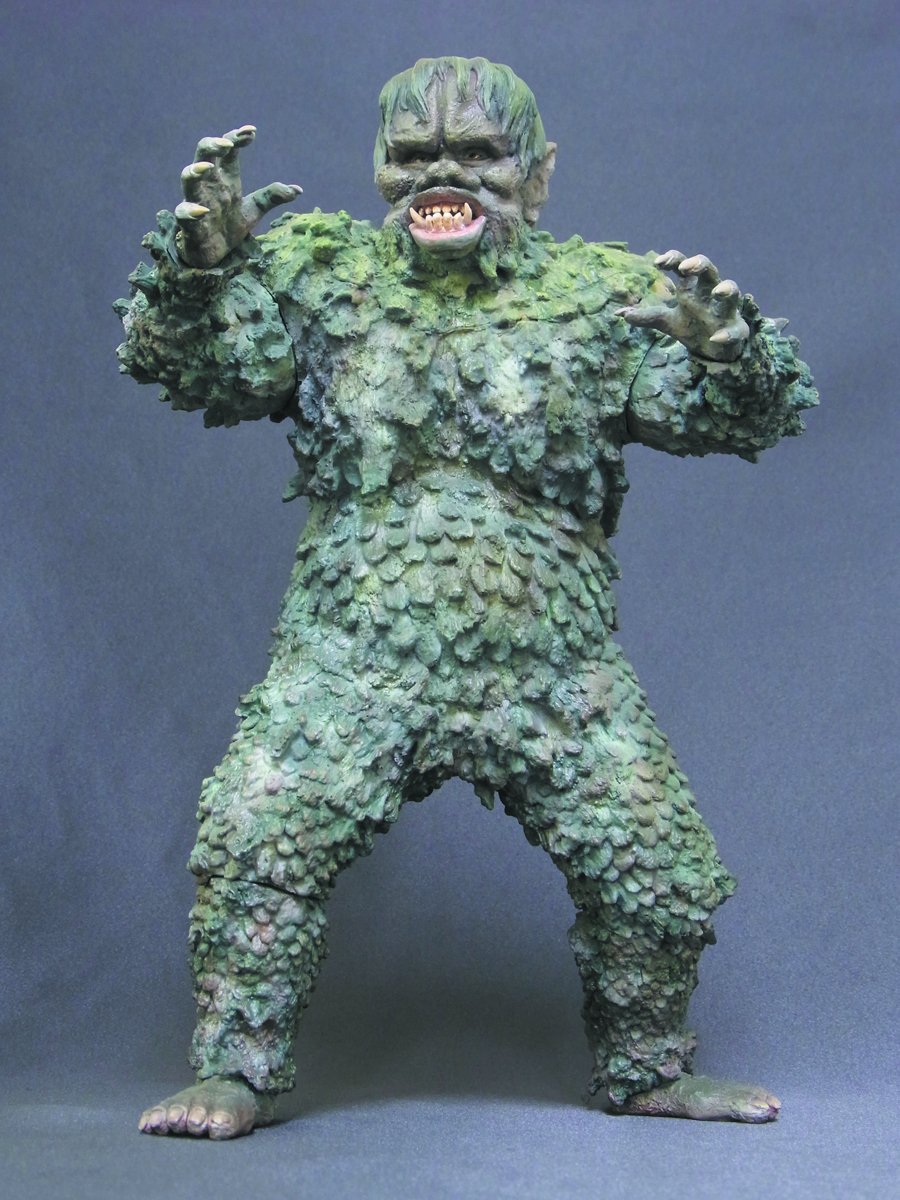 AUG132285
From Bandai, Plex Co., Ltd. & X Plus Co., Ltd.! War of the Gargantuas was released in Japan on July 31, 1966. Two Gargantuas are born from the cell of the indominatable heart of Frankenstein which was brought to Japan at the end of World War II. Sanda, who was raised by humans, is docile and gentle. Gaira, who grew up in the rough sea, is violent and savage. Though brothers, they engage in a fierce battle. Sanda stands 11 3/4" tall, Gaira stands 10 5/8" tall.