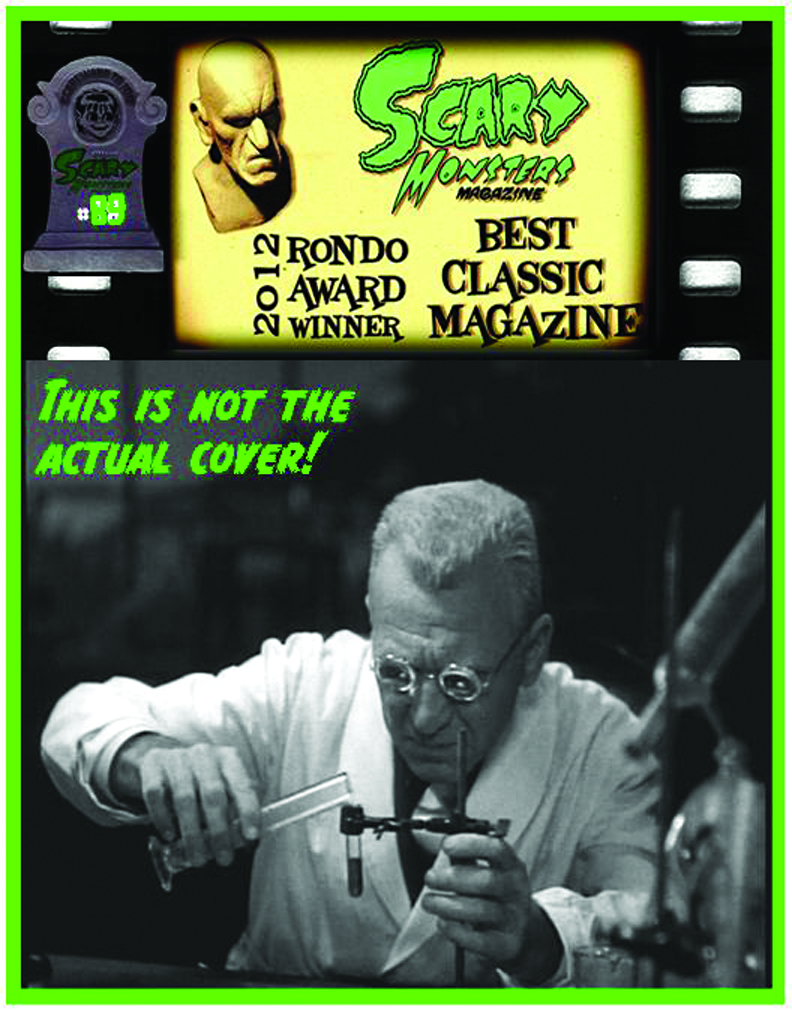 AUG131718
Scary Monsters was the 2012 Rondo Award-winner for "Best Classic Magazine."  If you haven't tried Scary Monsters Magazine before, now's the time to try the "Best Real Monster Magazine" ever published! Some of the scary articles planned for this 22nd Anniversary issue include: Dr. Van Helsing's Experiment; "1955 Horrors" Part 1 (Or: Now The Scary Stuff Begins!), with a beginning look at some classic 1950s films; as well as "Shivers from the Seventies" featuring Monster Memories of 1970s films and TV shows like House of Dark Shadows; The House That Dripped Blood, Night Gallery as well as comics, magazines and much more! We'll also look at The American Godzilla - 15 Years Later, and the '70s classic Kingdom of the Spiders. These are just some of the planned features along with all of our regular features that will appear in the 89th issue of A Real Monster Magazine!