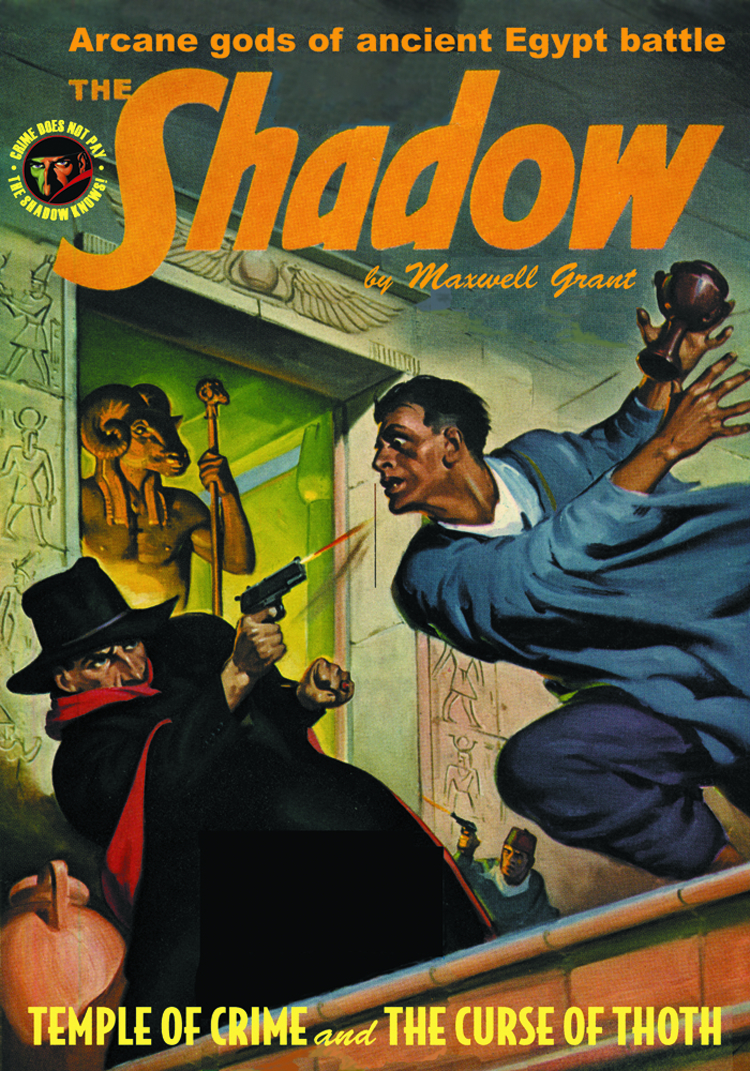 AUG131658
(W) Maxwell Grant, Walter B. Gibson, Will Murray (A) Paul Orban, Edd Cartier (CA) Graves Gladney, Modest Stein
THE SHADOW Volume 77: "Temple of Crime" and "The Curse of Thoth" - Arcane Halloween Spectacular
The Knight of Darkness confronts ancient evil in two occult mysteries by Walter B. Gibson writing as "Maxwell Grant." First, the gods of Ancient Egypt walk again when murder strikes within the "Temple of Crime." Can The Shadow end the deadly curse before the slaughter becomes too bloody? Then, a violated tomb and "The Curse of Thoth" pits the Dark Avenger against an ancient Egyptian deity! BONUS: "Murder in the Crypt," a classic Walter Gibson script from Radio's Golden Age! This instant collector's item showcases the classic color pulp covers by George Rozen and Golden Age comics artist Charles Coll, the original interior illustrations by Paul Orban and R. F. Schabelitz plus commentary by popular culture historians Anthony Tollin and Will Murray.
In Shops: Oct 23, 2013
SRP: $14.95
View All Items In This Series
ORDER SUBSCRIBE WISH LIST