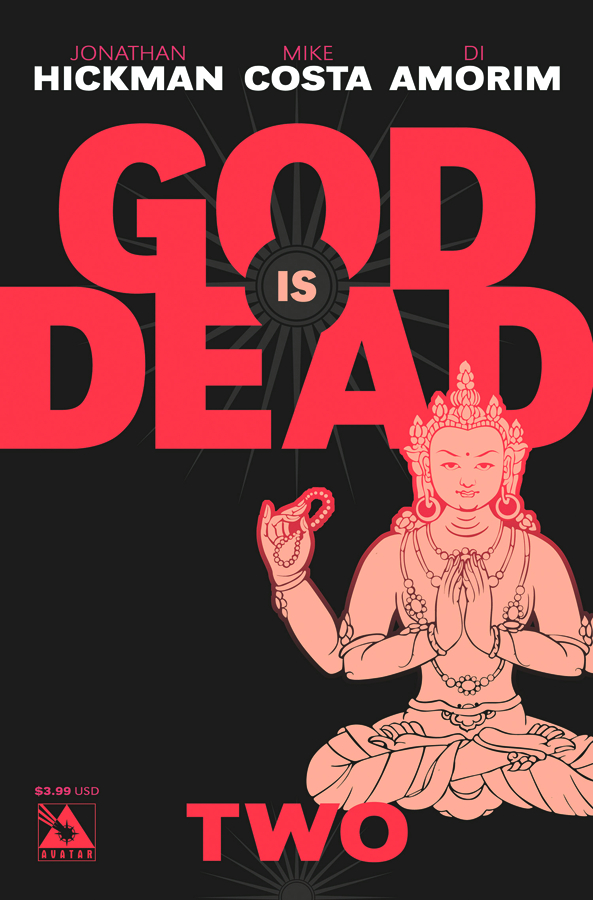 AUG131046
(W) Jonathan Hickman, Mike Costa (A) Di Amorim (CA) Jonathan Hickman
JONATHAN HICKMAN brings the wrath of the gods to comics with his new series, God is Dead!  Modern man turns all his technology and destruction to bear against the deities of old.  But what good are guns, tanks, and even nuclear missiles against the power of the divine?  In their hubris, humans have ruled for too long.  Now the gods of legend rule and to disobey them is death.  But something is brewing just below the surface of the newly returned powers...  A war of the gods themselves!  Available with a Regular cover by Jonathan Hickman, End of Days cover and a premium Iconic card stock cover that is limited to just 5000 copies by Jacen Burrows, and a Pantheon Order Incentive cover by series artist Di Amorim.
In Shops: Oct 02, 2013
SRP: $3.99
View All Items In This Series