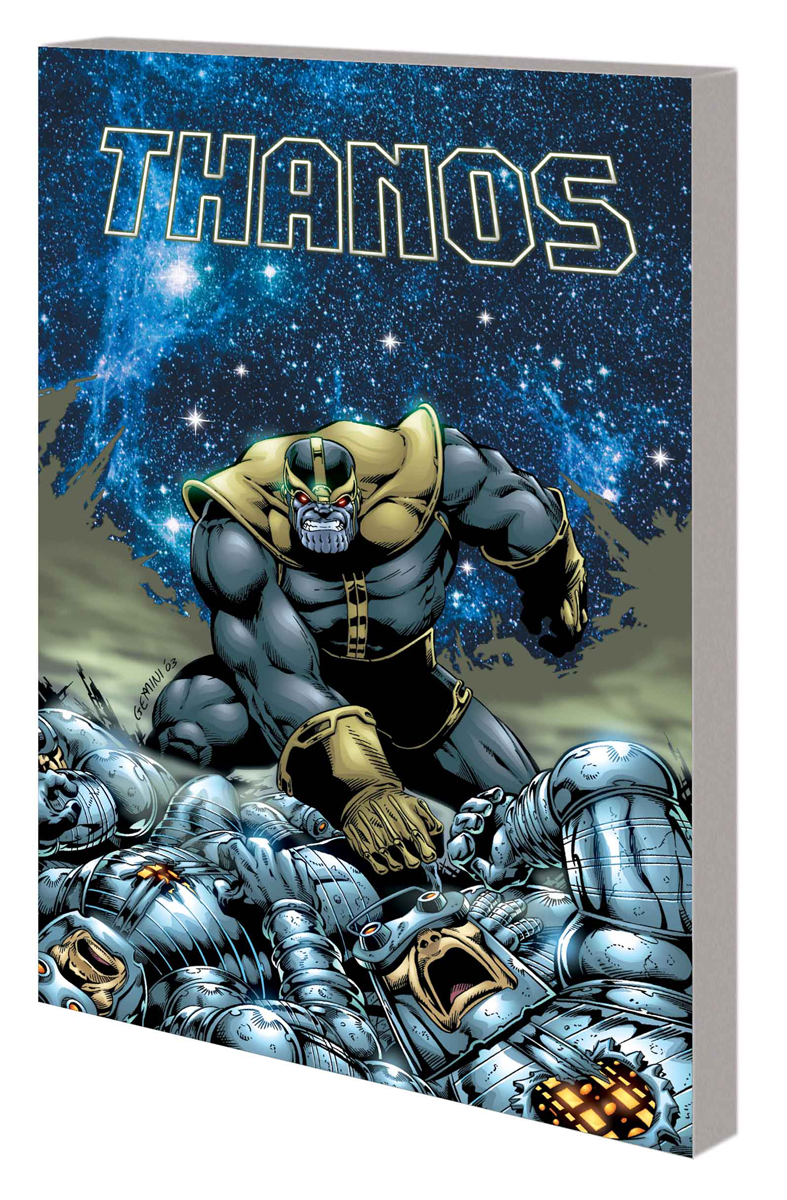 AUG130898
(W) Jim Starlin, Keith Giffen (A) Ron Lim (A/CA) Jim Starlin
After decades of malevolent misdeeds and vile villainy, could the Mad Titan be attempting to redeem himself? Scorned by his paramour Death and changed by his recent battles with the universe's cosmic powers, Thanos may have just decided to turn over a new leaf. But to make good on his vow, he must face the world devourer Galactus, the all-consuming universal Hunger, the unimaginably powerful Beyonder and the unknown threat of the Fallen One! Most of the universe doubts Thanos' sincerity, but a handful of uneasy allies support him: Adam Warlock, Pip the Troll, Gladiator and Star-Lord. Witness Thanos' cosmic struggle for repentance - but ask yourself, what dire fate awaits the universe if he fails? Collecting THANOS #1-12.
In Shops: Nov 06, 2013
SRP: $34.99
ORDER WISH LIST