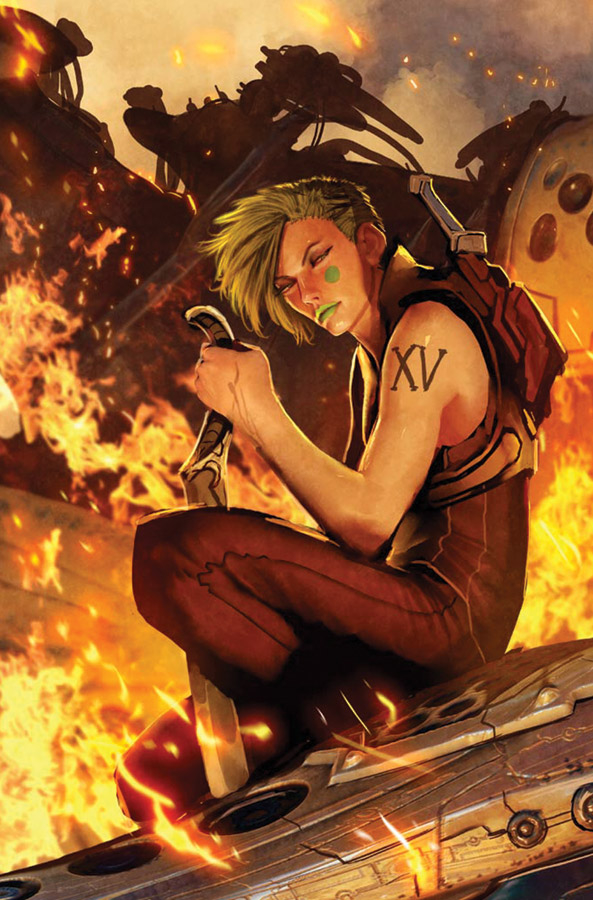 AUG130683
(W) Matt Hawkins (A/CA) Stjepan Sejic
WASTELANDS
Exiled by Marcus's people and lost in a future unfamiliar to her, Aphrodite is now banished to wander the dead zones beyond the habitable ring of the Earth's equator. But behind the thick smog clouds, Aphrodite is not as alone as she thinks! Featuring two connecting covers by STJEPAN SEJIC!
In Shops: Nov 27, 2013
SRP: $2.99
View All Items In This Series
ORDER WISH LIST