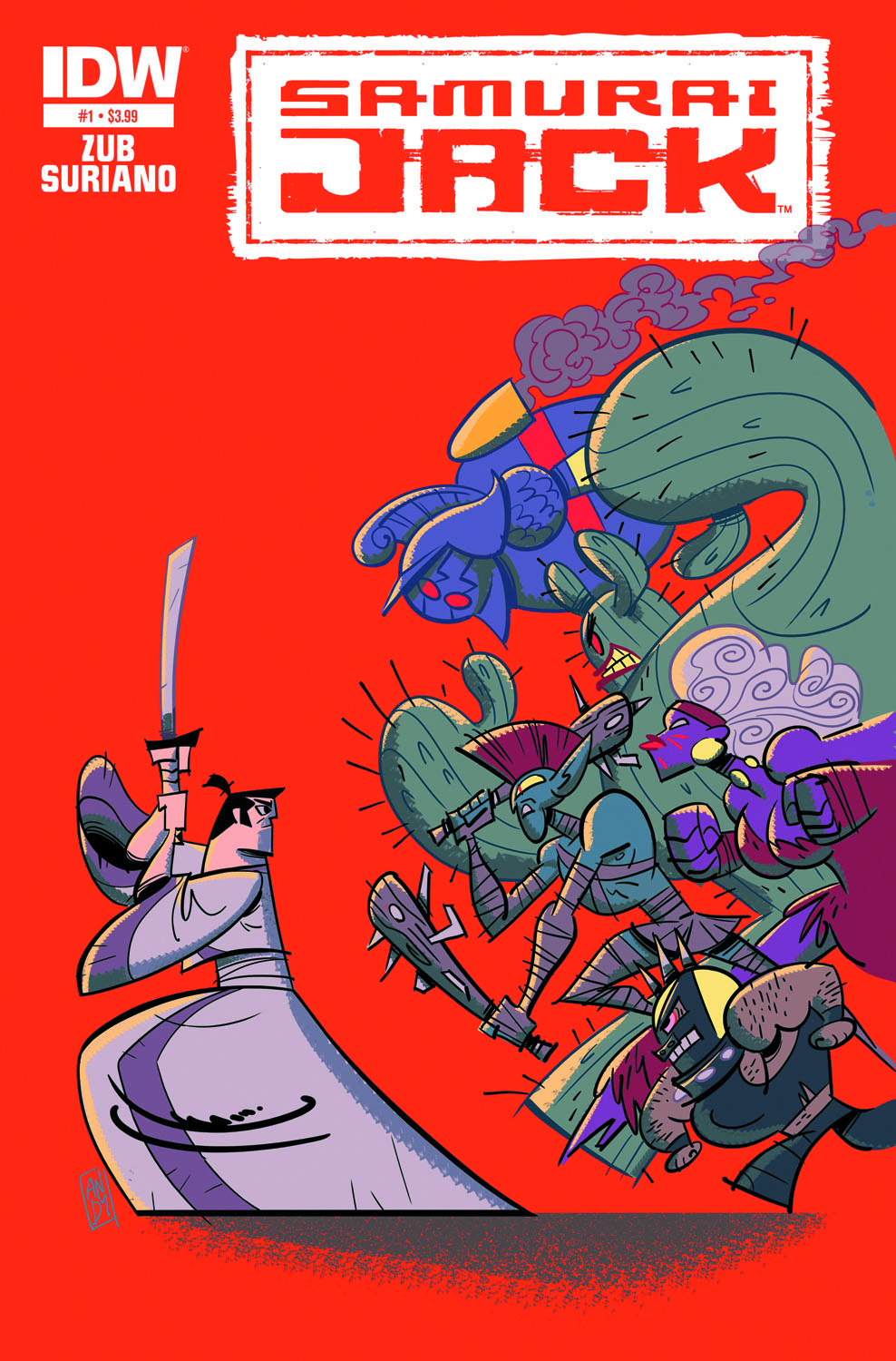 AUG130368
(W) Jim Zub (A/CA) Andy Suriano
Cartoon Network's hit animated series is back at IDW! The legendary samurai known only as 'Jack' is stranded in a strange future ruled by the demonic wizard, Aku. His quest to return back to the past has tested him many times, but now the stakes are higher than ever. Can an ancient relic known as the Rope of Eons finally take him home? Writer Jim Zub (Skullkickers, Street Fighter) and artist Andy Suriano (Character Designer on the original Samurai Jack TV series) begin a new era of samurai adventure!
In Shops: Oct 23, 2013
SRP: $3.99
View All Items In This Series
ORDER WISH LIST