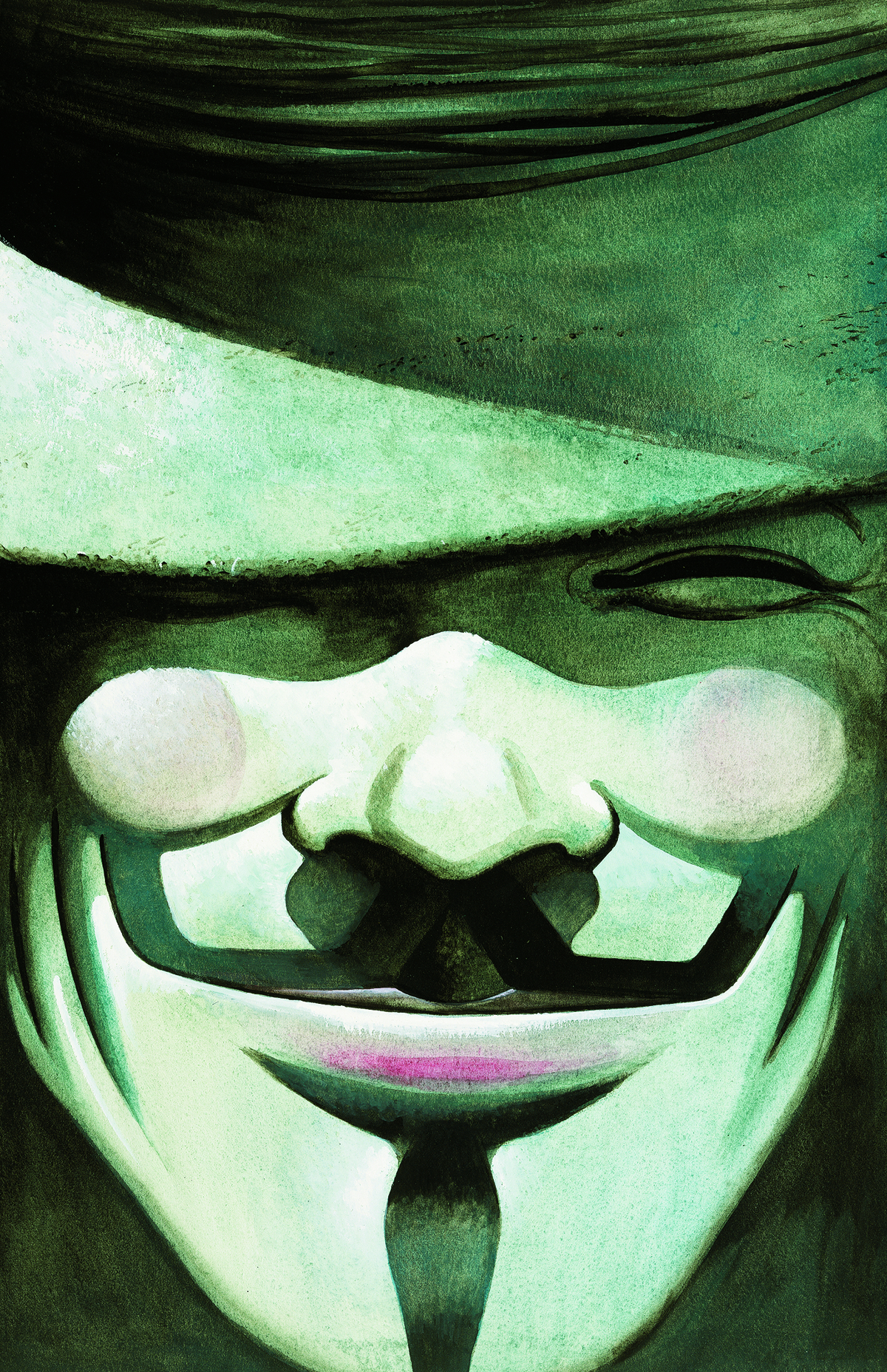 AUG130313
(W) Alan Moore (A/CA) David Lloyd
In a dystopian future London, young Evey Hammond is rescued from officers of the law called Fingerman by a mysterious, Guy Fawkes mask-wearing man called V. And while the government tightens its grip on the people of London, V wages a one-man war against its reign. Reprinting a chapter of the groundbreaking first issue.
In Shops: Oct 30, 2013
SRP: $1.00
ORDER WISH LIST