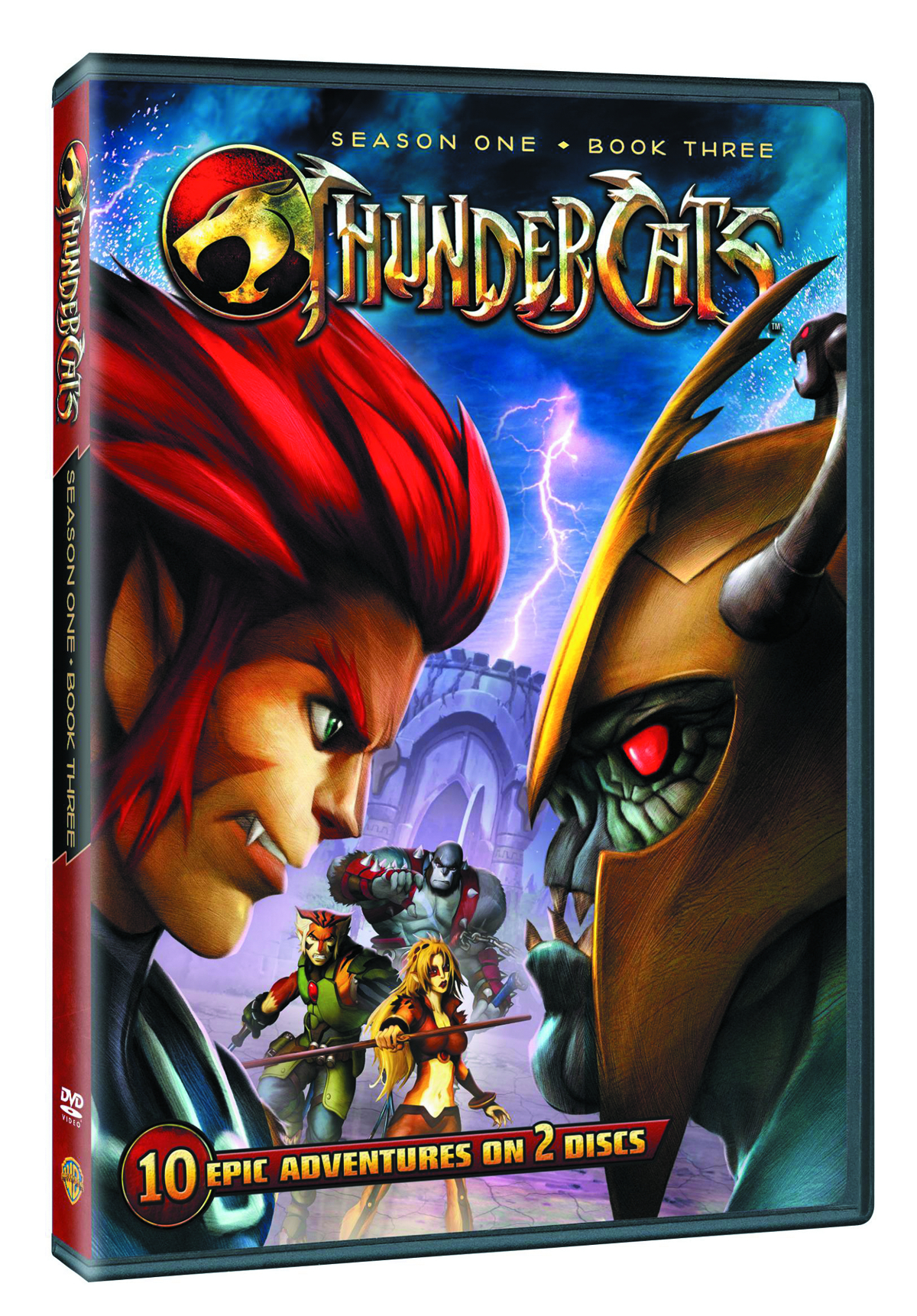 AUG122161
It's time for new allies, fierce battles and strange mysteries with the climatic final 10 episodes from Season One of the critically acclaimed series! With the Sword of Omens in hand, Lion-O boldly faces his future while rallying the inhabitants of Thundera to join the fight against Mumm-Ra and his looming evil minions. Take up arms with Panthro, Tygra and Cheetara as they scout out strange locales, unearth forgotten temples and forge the friendships of a lifetime. So rip into the action with ThunderCats, sound the battle cry of "ThunderCats Ho!" and race towards a showdown with Mumm-Ra that will push a hero to his limits and shape the destiny of a kingdom forever!