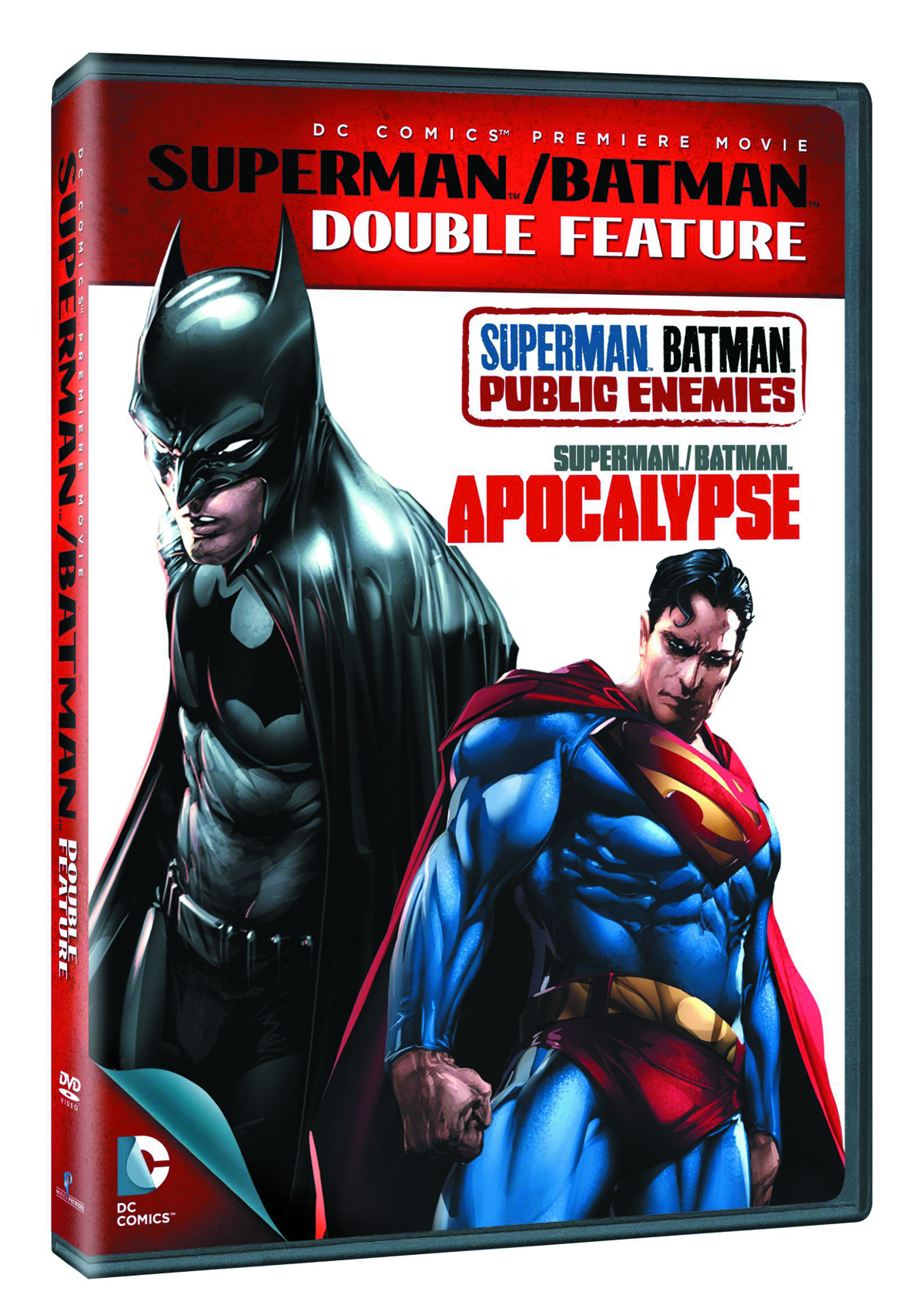 AUG122159
Superman and Batman - the "World's Finest" super-team - join forces in two action-packed animated features! Includes: Superman/Batman: Public Enemies-When Lex Luthor becomes the President of the United States - with the Justice League in the service of the government - only Batman and Superman stand against Luthor's new regime... Making them enemies of the state! Then, a mysterious spaceship from Planet Krypton crashes on Earth with a beautiful girl inside, and everyone wants to meet the new kid. Superman embraces the connection to his past, Batman suspects a traitor, Wonder Woman senses a kindred spirit, and Darkseid desires a champion. Witness the cosmic struggle that is Superman/Batman: Apocalypse!