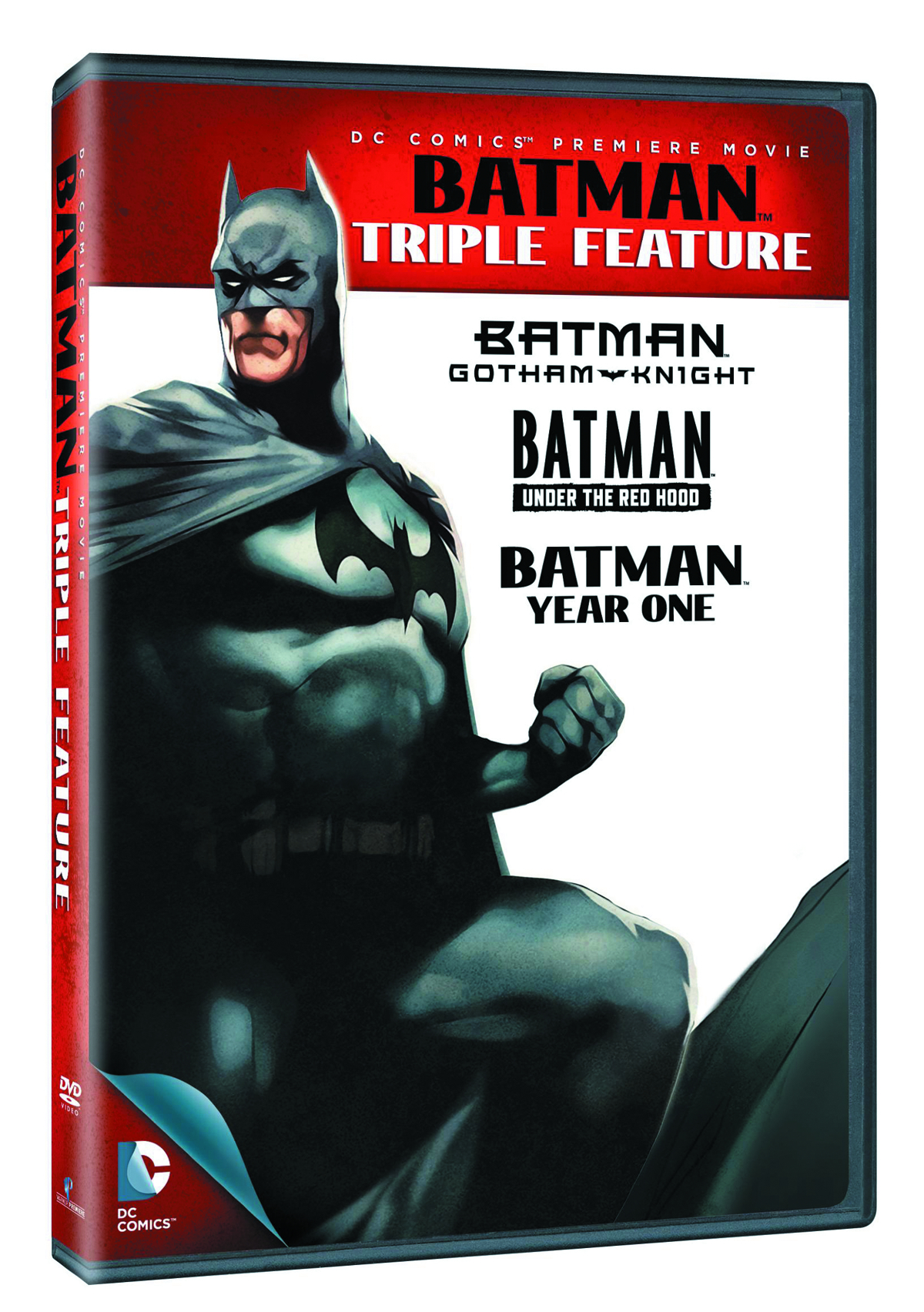 AUG122152
No one is above the law in these three action-packed features! Includes: Batman: Gotham Knight-featuring animated collaborations between top writers with some of Anime's most acclaimed filmmakers for six spellbinding chapters chronicling Batman's transition from novice crimefighter to The Dark Knight; Batman: Under the Red Hood-Batman faces his ultimate challenge as the mysterious Red Hood takes Gotham City by firestorm; and Batman: Year One-When Gotham City is in desperate need of heroes, two men - Bruce Wayne and James Gordon - take a stand for justice... but on opposite sides!