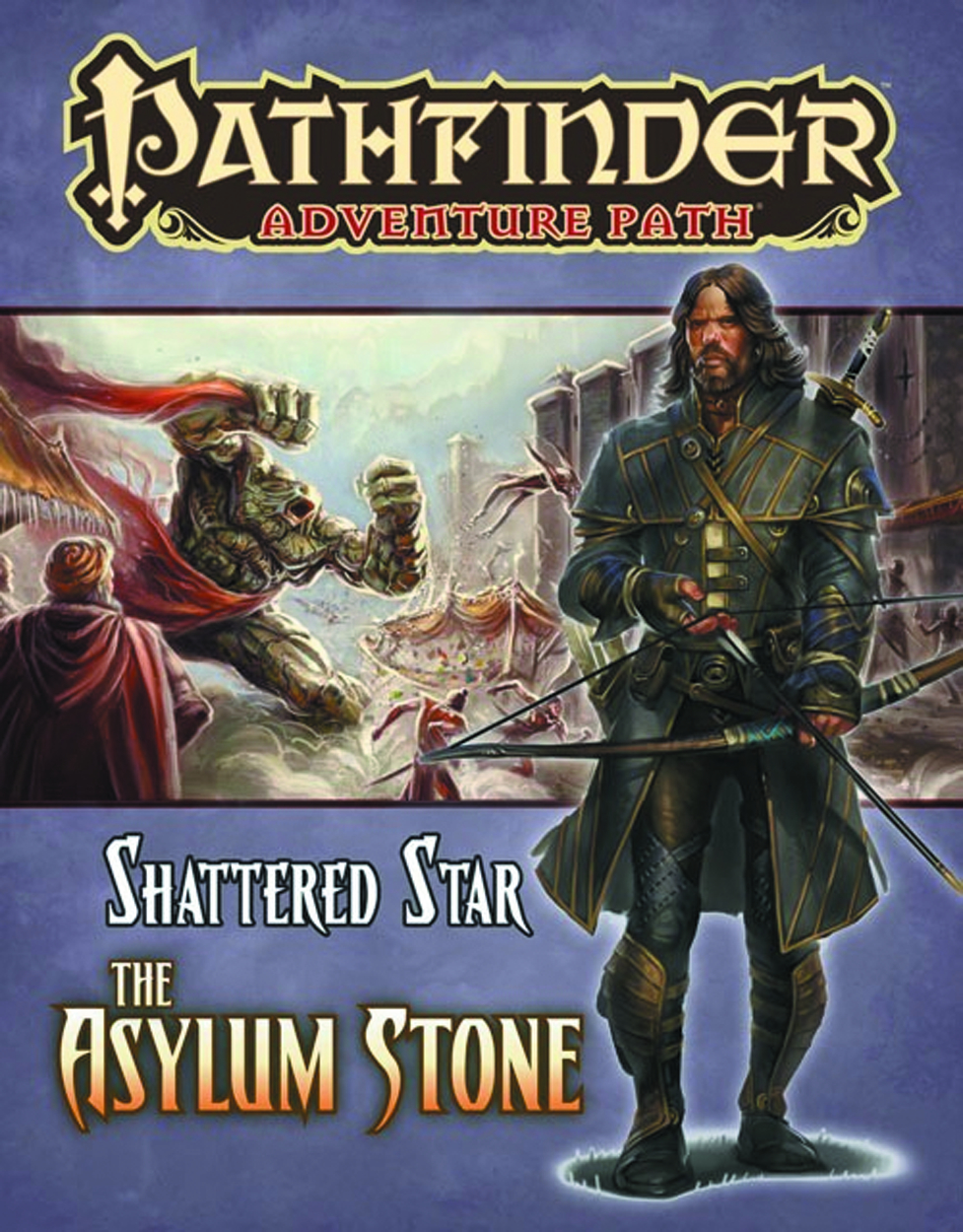 AUG122126
(W) James L. Sutter
The hunt for the seven shards of the Shattered Star continues, with the heroes following the trail across the face of Varisia and into the notorious City of Strangers - Kaer Maga! There, the heroes encounter strange enemies and stranger allies as their quest for the ancient Thassilonian artifact embroils them in the politics of Varisia's most exotic city. What secrets lie hidden in the dark and deadly realms deep under Kaer Maga, where things best shunned from day's light and sane minds lie in wait? The Asylum Stone includes several short, bonus, city-based encounters and side-quests and a look at the strange factions of Kaer Maga.