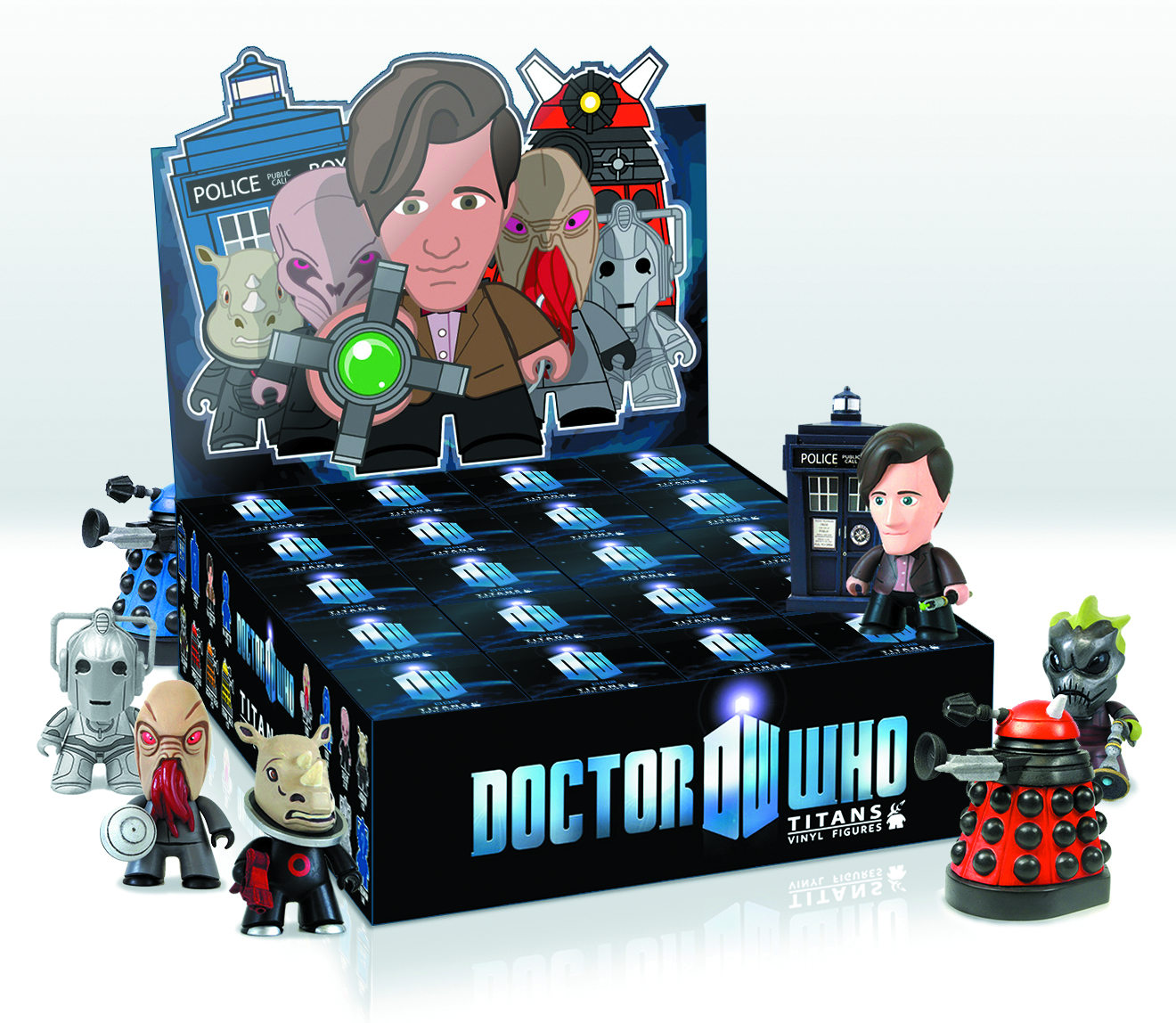 AUG121925
From Titan Entertainment! Celebrate the world's favorite space-and-time-traveling adventurer with this unique collaboration between the BBC and Titan Merchanise - a multiverse of figures to collect! This 14-character set is based on Series 6 of BBC America's hit television series Doctor Who and includes Matt Smith's eleventh Doctor, his amazing time-and-spacecraft, the TARDIS, and some of his notorious foes including the supremely evil Daleks and the inhuman Cybermen. Each figure is 3" tall, and several figures come with character-specific accessories. Blind mystery box packaging.