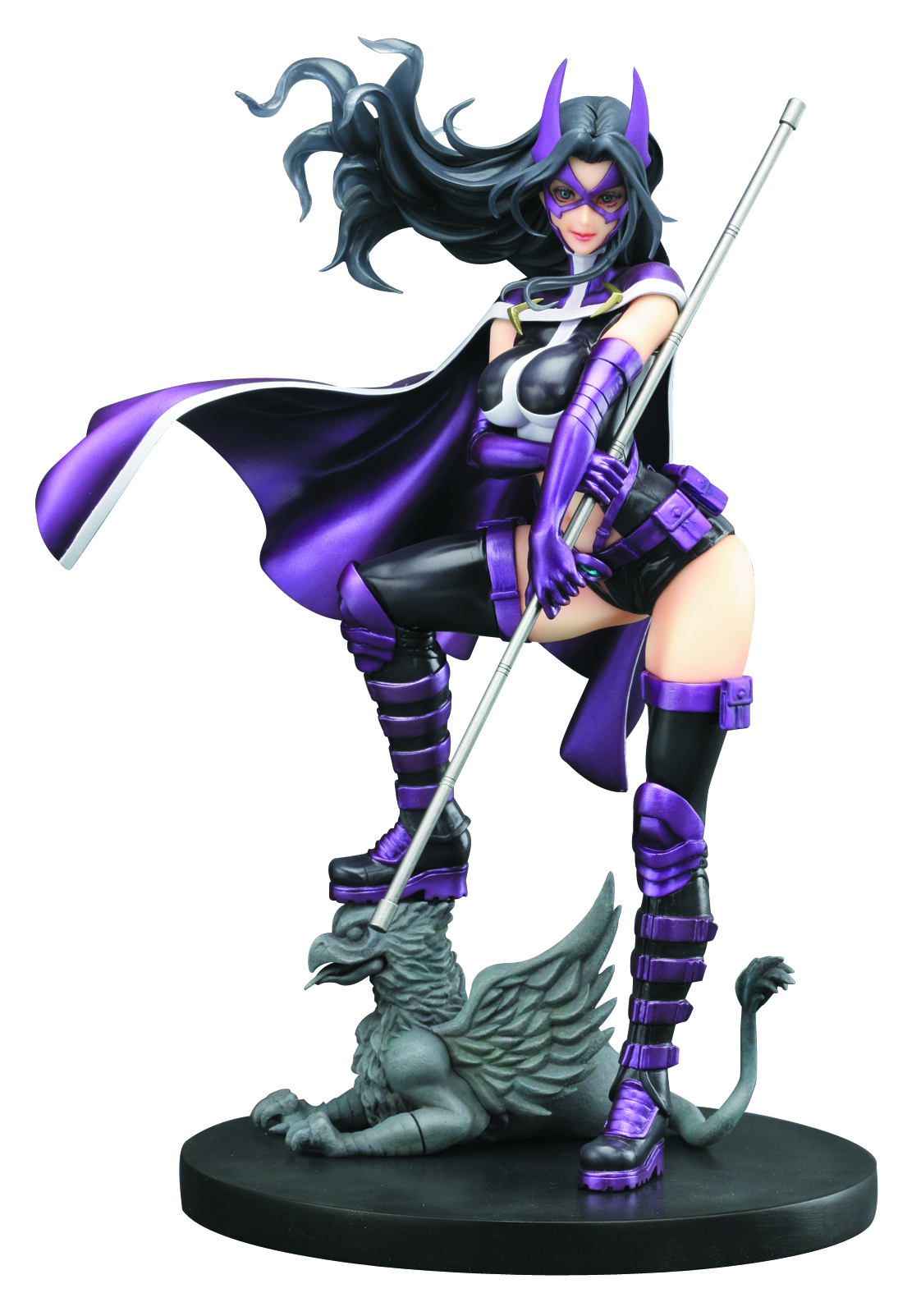 AUG121880
(A) Shunya Yamashita
From Kotobukiya. A refugee from Earth-2, the Huntress is Helena Wayne, daughter of Bruce Wayne and the Robin of her world. No longer tied specifically to Gotham City, Huntress travels the world righting wrongs according to her own code of honor. Helena's alter ego is now presented in the Bishoujo style based on an original illustration by famed Japanese artist Shunya Yamashita. Standing 9 1/2" inches tall (1/7 scale) on an exclusive base with a decorative griffin under her foot, Huntress was sculpted by Masahiro Takashi.