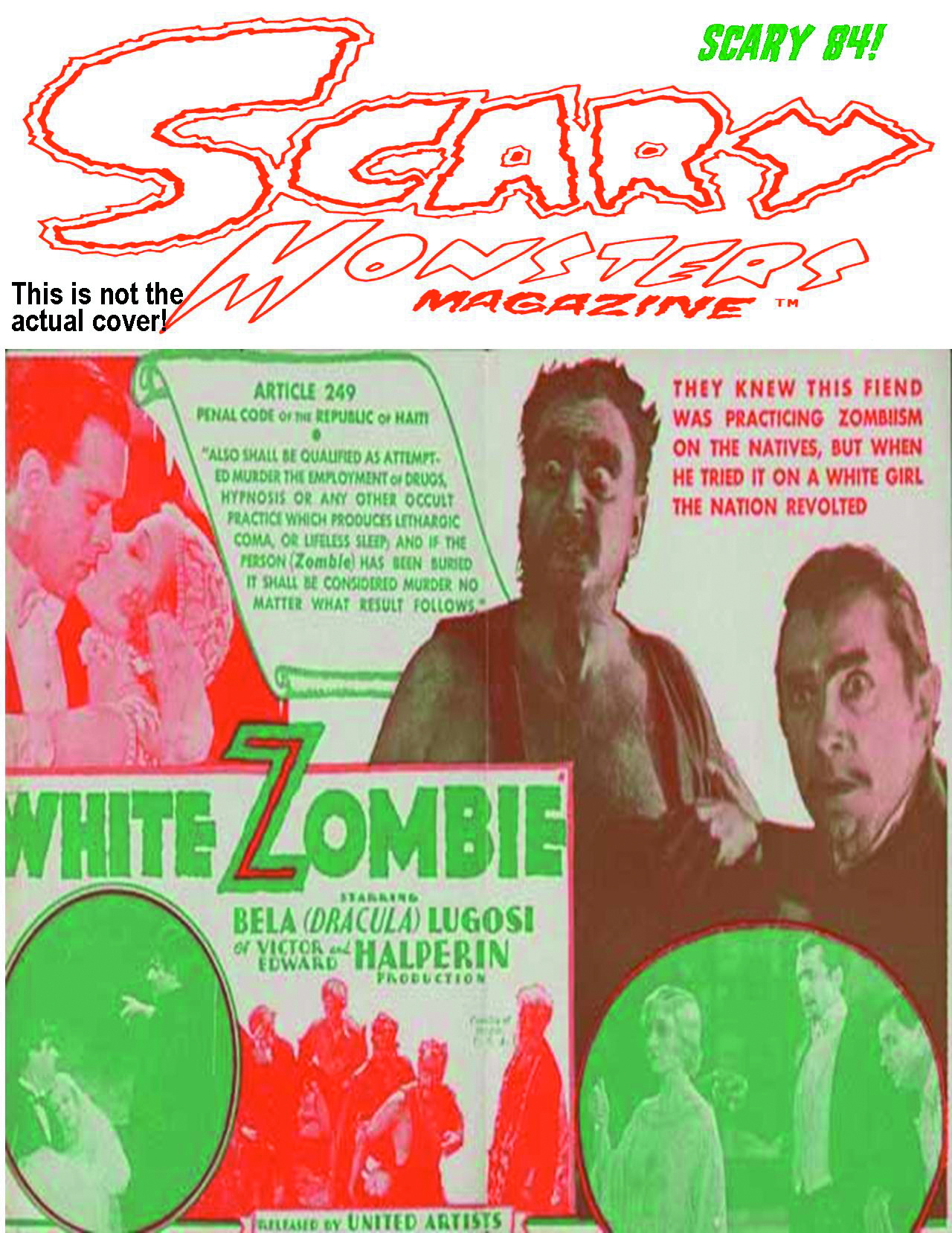 AUG121504
(CA) Terry Beaty
Dr. Gangrene's Mad Mumblings this issue not only include information on Bela Lugosi's White Zombie but also the remake that was never made. Mazza's Scary Stills continue the Halloween celebration of Bela Lugosi with some rare Lugosi stills.  Part II of "Charlton Comics Gives You More Monsters" looks at the 1960s Konga comic book as well as movie information. The Cosmic Drive-In features a Halloween Horror-Rama, and this issue will also have features about some of 2012's greatest monster conventions.