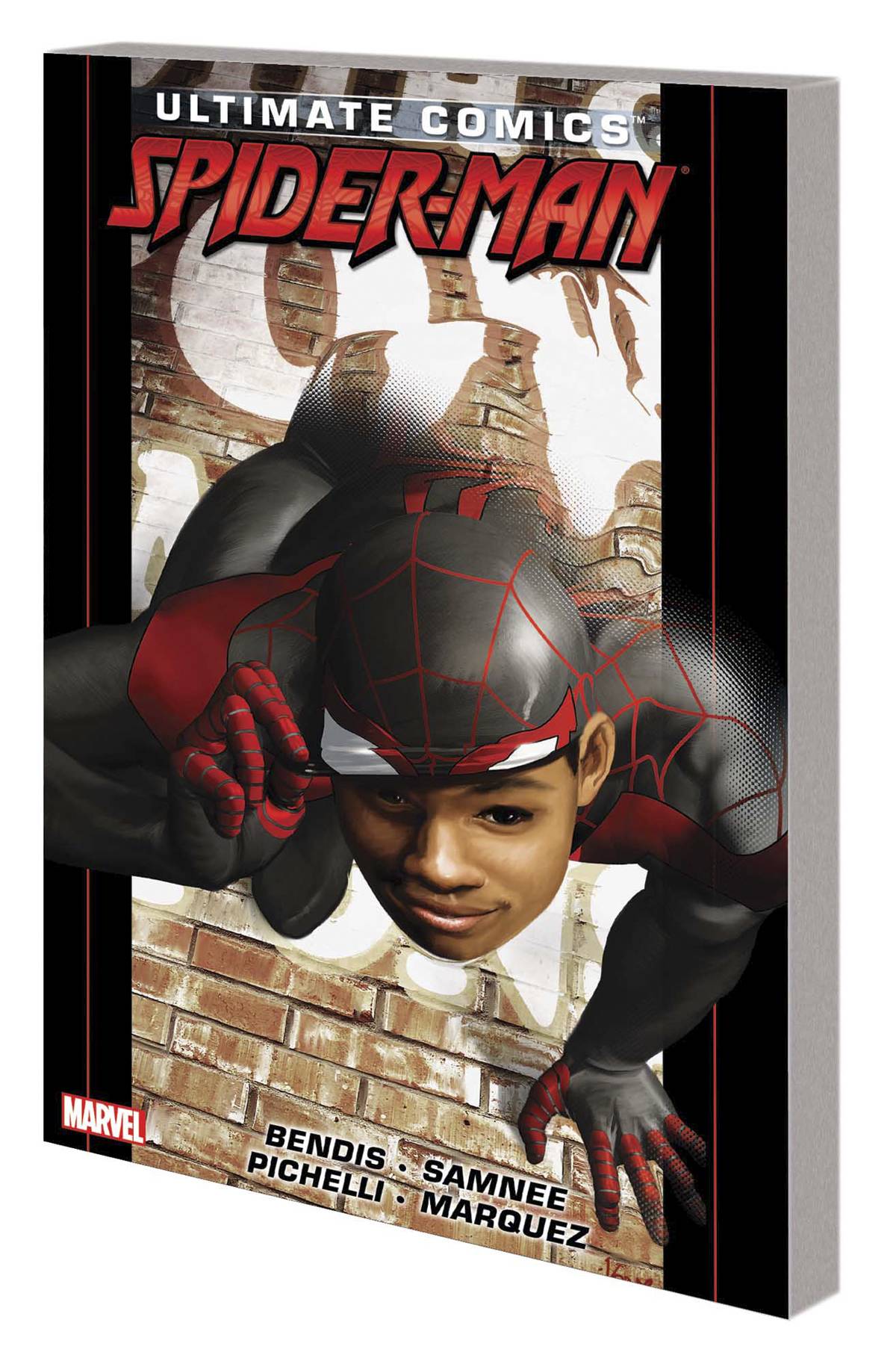 #
AUG120710
(W) Brian Michael Bendis (A) Chris Samnee, Sara Pichelli, David Marquez (CA) Kaare Andrews
Meet the new Spider-Man! Given Nick Fury's reluctant approval - and an actual Spider-Man costume by Spider-Woman - the Ultimate Universe's new kid on the block is an insider now. But on top of all the responsibilities that come with his new powers, Miles Morales still struggles with all the problems of your typical teenager. And his father hates Spider-Man. Making matters worse, someone has figured out his secret - someone with secrets of his own. Miles' Uncle Aaron - a.k.a. the Prowler - is back in town, and he's got plans for his impressionable nephew. Little does he know the Scorpion is on his tail, and he's about to feel his formidable sting! It's a tragedy in the making - one Miles didn't see coming and has no power to avoid. Collecting ULTIMATE COMICS SPIDER-MAN (2011) #6-10.