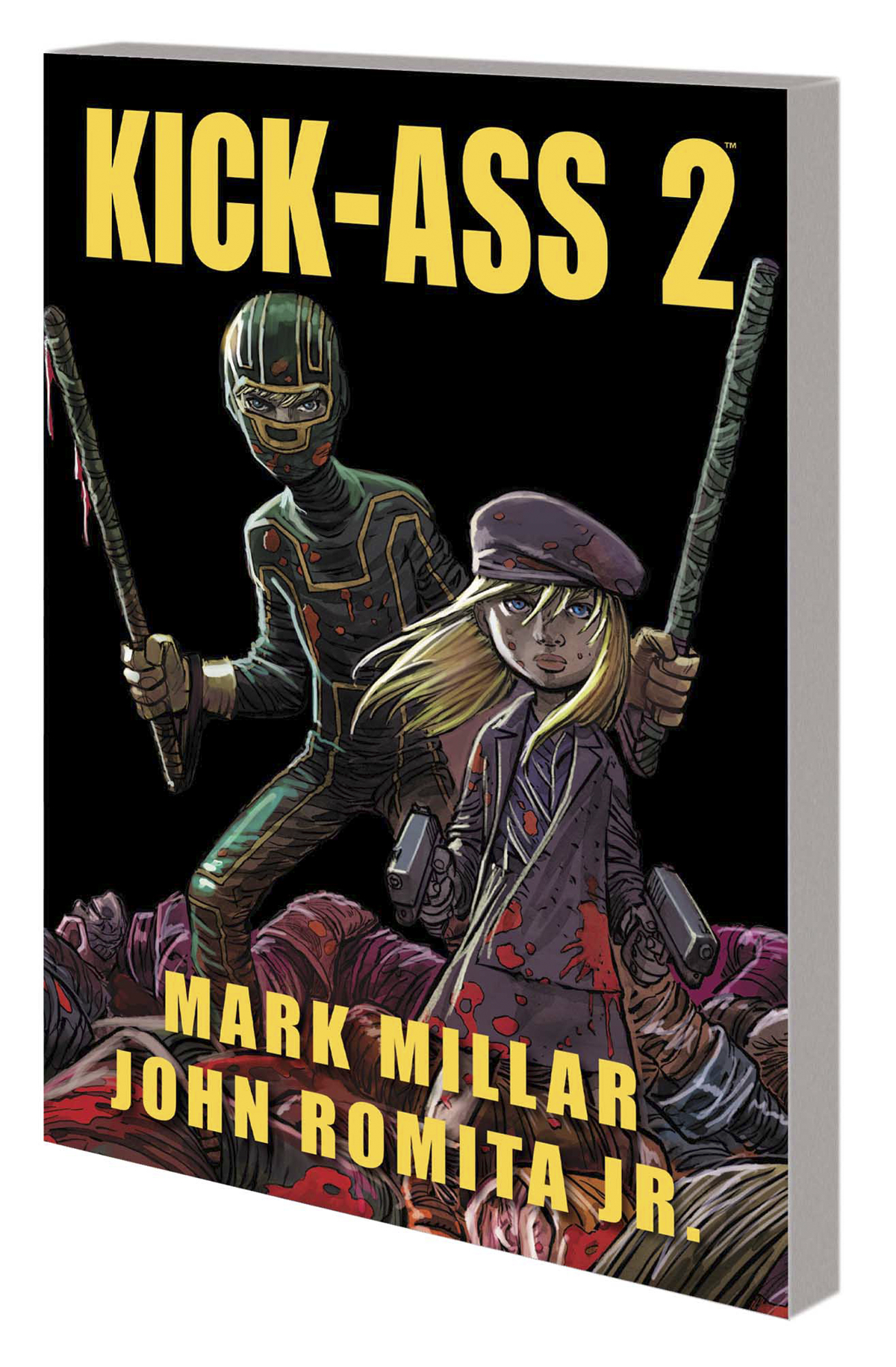 AUG120686
(W) Mark Millar (A/CA) John Romita
David Lizewski has taken a horrifying and exhilarating plunge. Armed with minimal combat training and a pair of batons, he donned a mask and set out to become a real super hero, Kick-Ass. And he succeeded. Wildly. Kick-Ass and 'tween black belt Hit-Girl took on the Mafia - and won. The idea went viral. Suddenly, it became fashionable to put on a costume. Everyone wanted to be a super hero. The next logical step for Kick-Ass? Join a super-hero team. But Kick-Ass' former ally, Red Mist, thinks heroes are pass . Red Mist will be the world's most notorious super villain. When he targets Kick-Ass' family, can Kick-Ass stop Red Mist and his team of villains? And when the conflict becomes a massive-scale riot in Times Square, can Kick-Ass survive being a hero? Collecting KICK-ASS 2 #1-7.