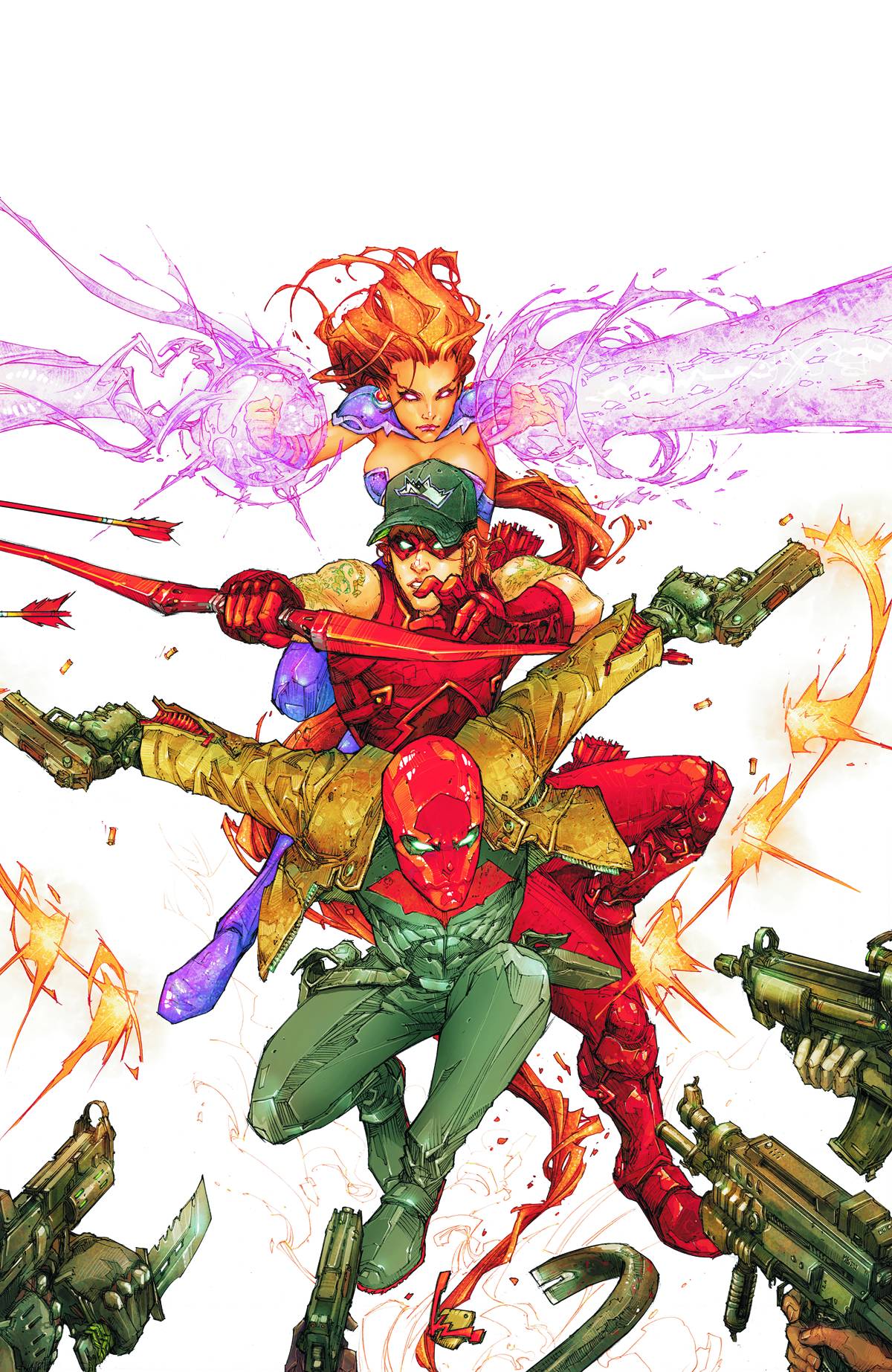 #
AUG120248
(W) Scott Lobdell, Joshua Williamson (A/CA) Kenneth Rocafort
• Collecting issues #1-7 of the DC COMICS - THE NEW 52 series!
•  The Red Hood is cornered by Green Arrow's rejected sidekick Arsenal and the alien Starfire - and they want him to lead them as a crimefighting team!
•  Together, they're about to face threats including The Untitled, Crux and the superassassin known as Essence!
In Shops: Nov 07, 2012
SRP: $14.99
View All Items In This Series
ORDER WISH LIST