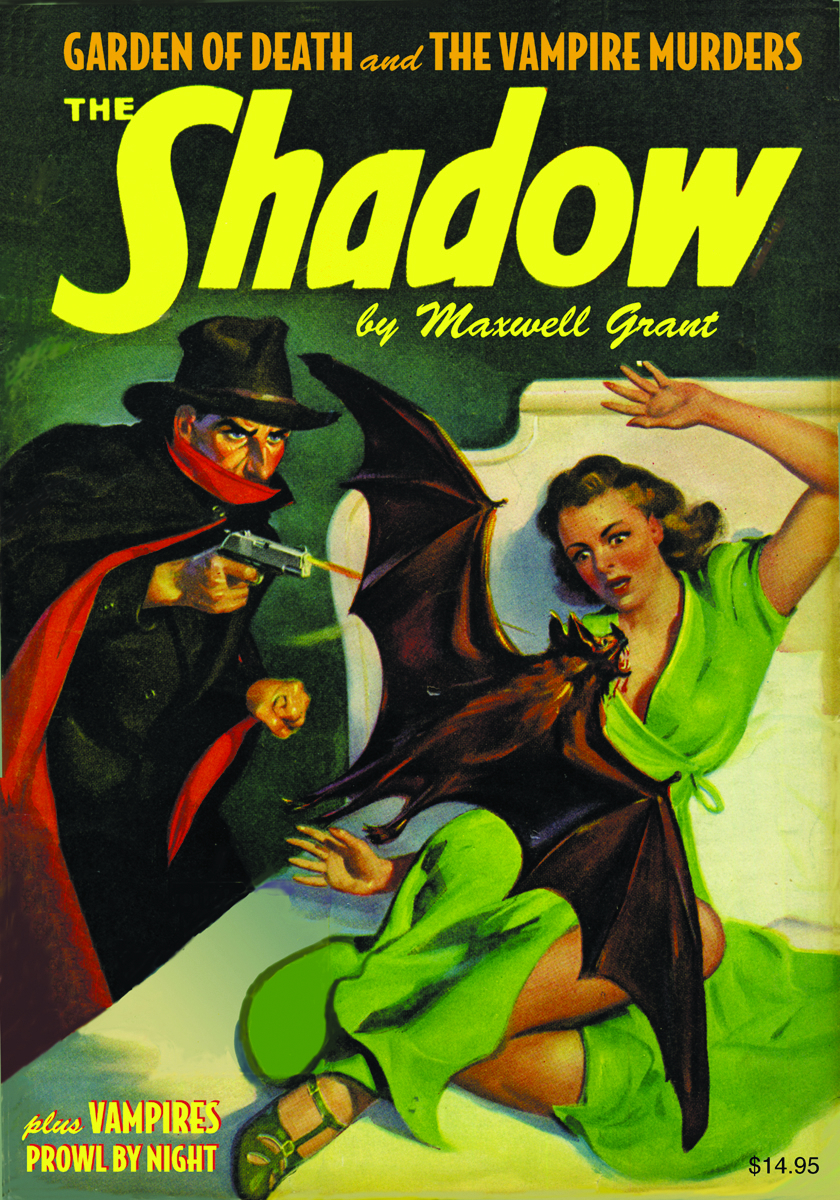 AUG111433
(W) Walter Gibson
The Knight of Darkness investigates deadly vampire attacks in two heart-stopping chillers by Walter Gibson writing as "Maxwell Grant" and a classic radio mystery! First, the Master of Darkness must battle a giant vampire bat and enter the dangerous Garden of Death to discover the secret behind a deadly drug monopoly. Then, The Shadow enters haunted Haldrew Hall to unearth the bloody secret behind The Vampire Murders in a sequel to the legendary Victorian thriller, Varney the Vampire! BONUS: Vampires Prowl by Night, a lost thriller from the Golden Age of Radio!