WAR OF THE INDEPENDENTS #1 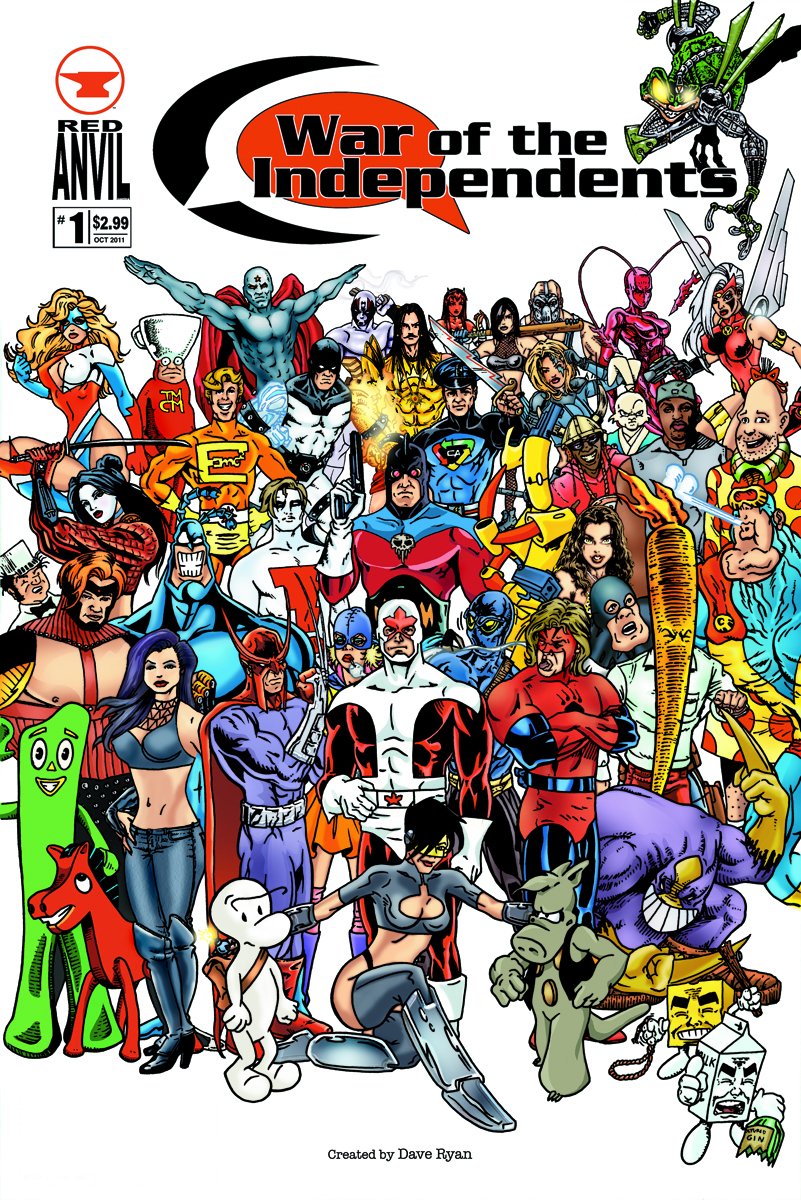 AUG111181
(W/A) Dave Ryan, Various
Five years in the making! Dave Ryan's magnum opus is finally here! For the first time ever in a single comic series, The War of the Independents brings together over 200 independent and creator-owned comic characters for the largest, most ambitious, inter-company crossover ever! When villains attempt create an inter-dimensional doorway for world conquest they wind up confronting a plethora of heroes from across the muiltiverse to stop them. Indie characters include Madman, Faust, Captain Canuck, Tick, Gumby, E-Man, Zen, Badger, Too Much Coffee Man, Scud, and many, many more!