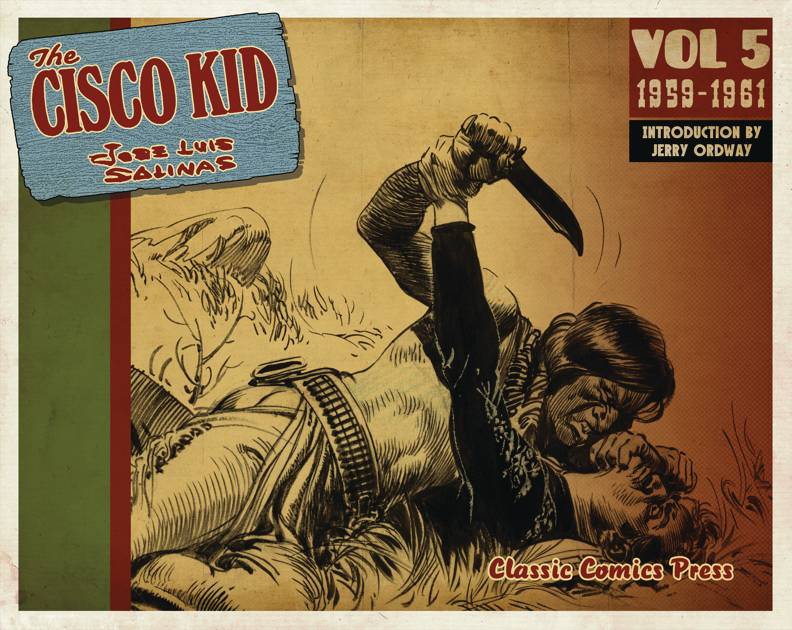 #
AUG110950
(W) Rod Reed (A/CA) Jose Luis Salinas
Based on the Western character created by legendary short story writer O. Henry in his 1907 short story "The Caballero's Way," The Cisco Kid starred in a comic strip that ran for fifteen years. Volume One reprints this classic American comic strip by Rod Reed and Jose Luis Salinas from its beginning on January 15, 1951 to January 31, 1953 with an introduction by Sergio Aragonés, rarely seen Salinas artwork, biographical information, and more! Volume Two reprints dailies from February 2, 1953 to March 19, 1955 with an introduction by Don McGregor. Volume Three reprints dailies from March 21, 1955 to June 1, 1957 with an introduction by Ricardo Villagrán. Volume Four reprints dailies from June 3, 1957 to July 4, 1959.
In Shops: Nov 30, 2011
SRP: $24.95
View All Items In This Series
ORDER WISH LIST