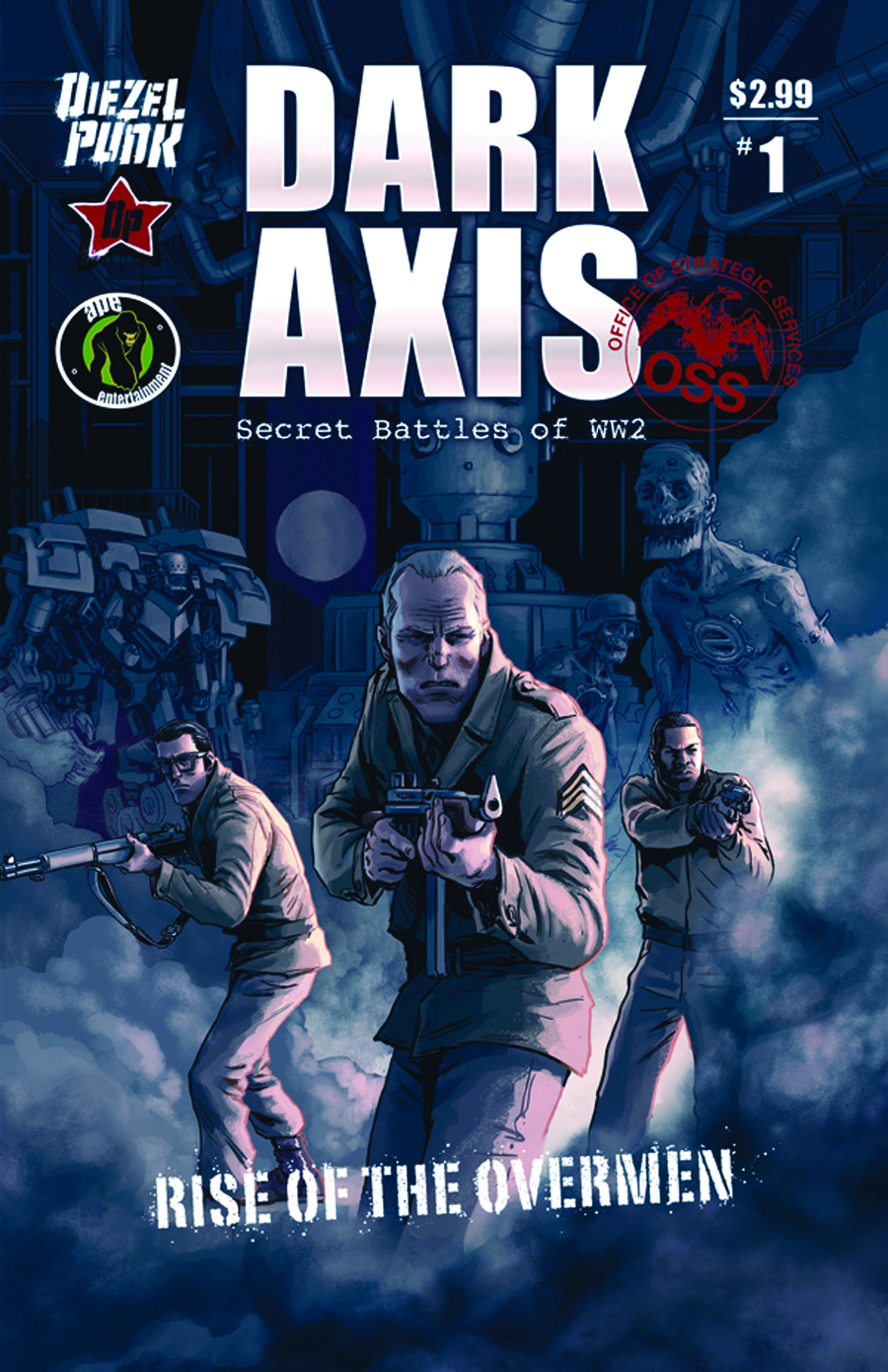 AUG110781
(W) Greg McLean (A/CA) Xavier Irvine
(W) Chris Wheeler, Greg Mclean, Jason M. Burns (A) Xavier Irvine, Luis Guerrer
Alternate World War II history as you've never seen it before! A battle-hardened veteran, Sgt. Bryce, is given a cushy mission to scout a mountain valley. Only problem is, he's given a squad of useless recruits for the job. After finding a treasure map on a dead SS deserter, Bryce leads his squad to a hidden German facility, full of incredible machines and advanced technology. It appears completely deserted, but when one of his squad vanishes, ripped apart by "something" lurking in the shadows, Bryce realizes too late - they're not alone!