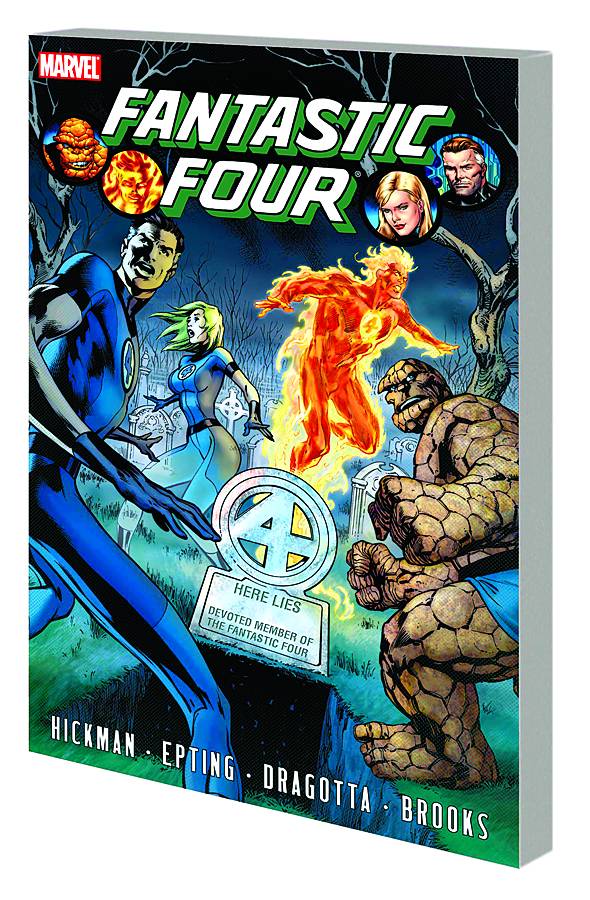 #
AUG110719
(W) Jonathan Hickman (A) Steve Epting, Nick Dragotta, Mark Brooks (CA) Alan Davis
Written by JONATHAN HICKMAN
Penciled by STEVE EPTING, NICK DRAGOTTA & MARK BROOKS
Cover by ALAN DAVIS
Galactus is ready to feast, and only Reed Richards can save the inhabitants of Nu-World. Sue Richards is mediator between the long-lost tribe of Old Atlantis and Prince Namor, who is itching to mete out ages-old vengeance. Johnny Storm and Ben Grimm are the last line of defense against the coming of a new Annihilation Wave through the Baxter Building's Negative Zone portal. And in the end, one of these heroes will die. Collecting FANTASTIC FOUR (1961) #583-588.
184 PGS./Rated A