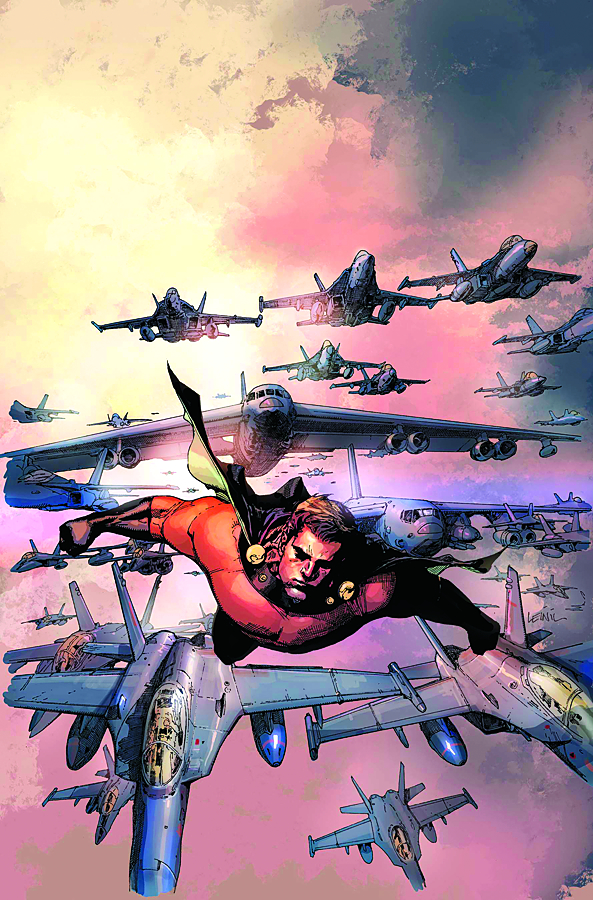 AUG110683
(W) Mark Millar (A/CA) Leinil Francis Yu
Written by MARK MILLAR
Pencils & Cover by LEINIL FRANICS YU
The fall-out from last issue continues as Superior discovers the secret behind his powers. Does he remain a superhero and meet his terrible destiny? Does he give up his amazing powers and go back to life in his wheel-chair?  A word to the wise: This issue contains so many shocks that more gentle readers might be unable take the pace. It also contains art which writer Mark Millar fears will make other artists go impotent. But as the story of America's number one new hero builds toward a conclusion, one guarantee is that you won't be disappointed.
40 PGS. (each)/Mature ...$2.99