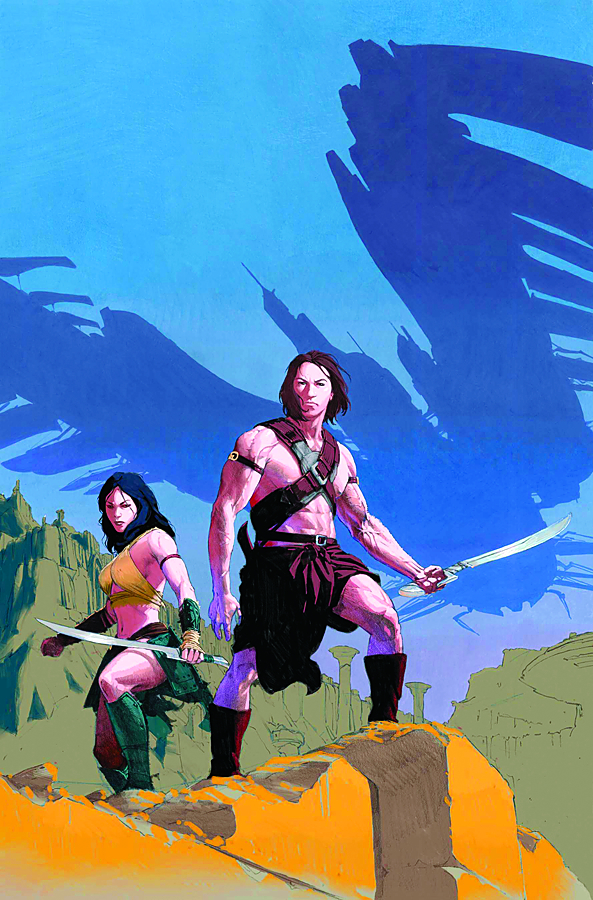 AUG110591
(W) Peter David (A) Luke Ross, Ariel Ollivetti (CA) Esad Ribic
Based on the Novel by EDGAR RICE BURROUGHS
Written by PETER DAVID
Art by LUKE ROSS
Cover by ESAD RIBIC
If you thought all the action on Mars began with the arrival of John Carter-are you in for a shock! John Carter: World of Mars is the official prequel to the upcoming Walt Disney Pictures blockbuster film releasing March 2012 and reveals the shocking events that transpire before the hotly anticipated motion picture! Plus it features some of the greatest characters ever conceived by Edgar Rice Burroughs, including Princess Dejah Thoris, the valiant, four-armed Tars Tarkas, John Carter and Burroughs himself!

Dejah Thoris has yet to meet the love of her life, but she has her hands full with the malicious Sab Than, would-be ruler of Zodanga, who sees kidnapping the princess of Mars as a short-cut to winning the thousand year war between his people and her city of Helium.  Meanwhile Tars Tarkas is not yet the leader of his people, but instead an unambitious warrior who is caught between the desires of the female he loves and his best friend who needs Tars's help to become Jeddak of the Tharks...assuming that his ambitions don't kill them all. It's a compelling tale of romance, court intrigue and an unending war on a distant world. Take an unforgettable journey to Barsoom. It's a trip you can't afford to miss!
32 PGS./Rated T+