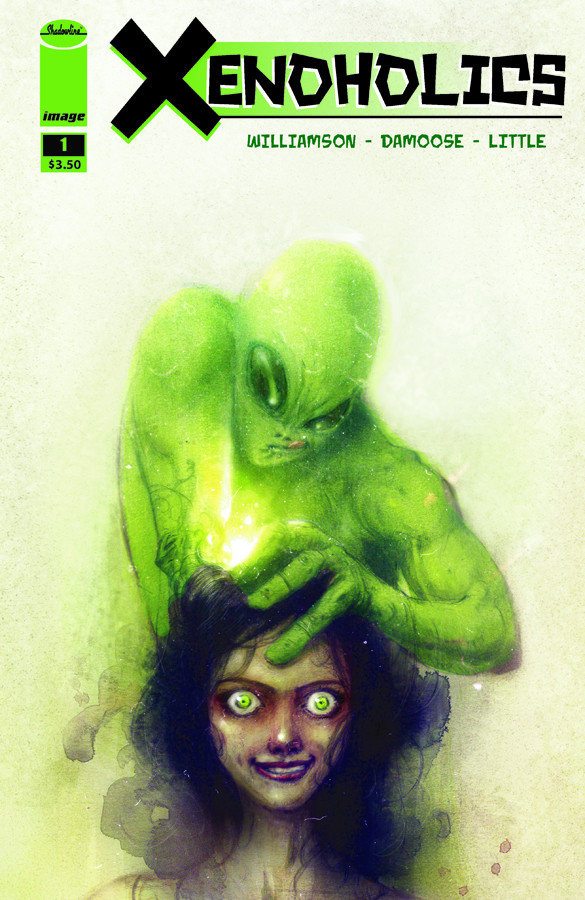 Are you addicted to aliens? Late night Encounters? Abductions? Probes? The XenoHolics are here to help!

Because everyone thinks they're a bunch of nutcases, a support group that claims aliens abducted them try to prove that aliens are real. But that's much easier said than done and they find themselves caught up in not just ONE government conspiracy, but TWO. Oh, yeah and along the way they learn who is lying about being abducted... and who is telling the truth.

Presenting a twisted new series about aliens and the crazy people who believe in them, by creators JOSHUA WILLIAMSON (Superman/Batman, DEAR DRACULA), and SETH DAMOOSE (I HATE GALLANT GIRL) with covers by DAN DUNCAN (TMNT)