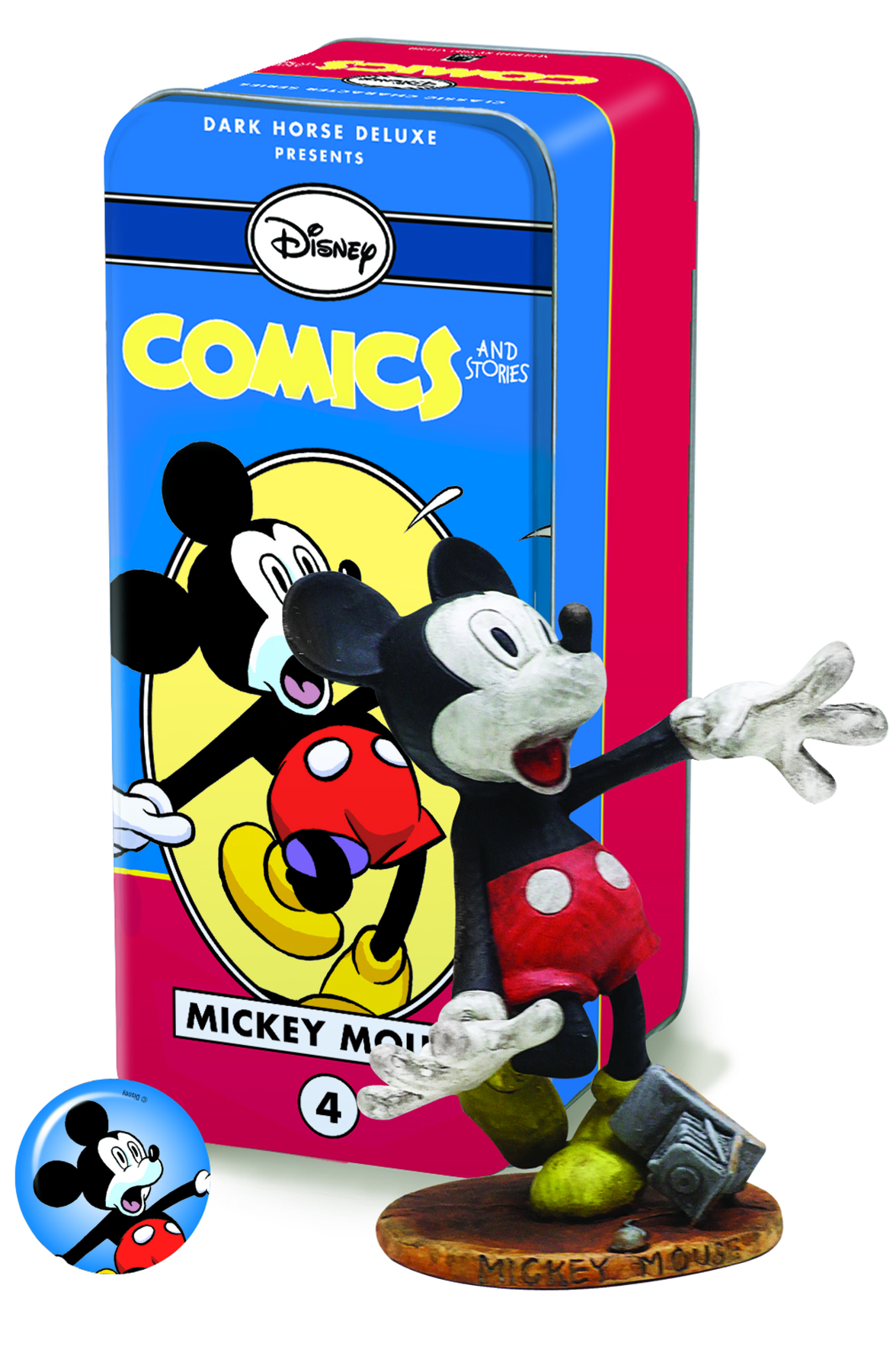 We now offer the fourth in the Disney Comics & Stories lineup-it's none other than the lovable Mickey Mouse. This is our first-ever depiction of this Disney mainstay. It will be a companion piece to next month's offering: The Phantom Blot.

The Disney Comics & Stories Characters series depicts the cartoon characters as they were in the comics, but they are also somewhat more rough hewn than is common, with features including rough surface textures, visible seam lines, and other slightly "distressed" aspects.