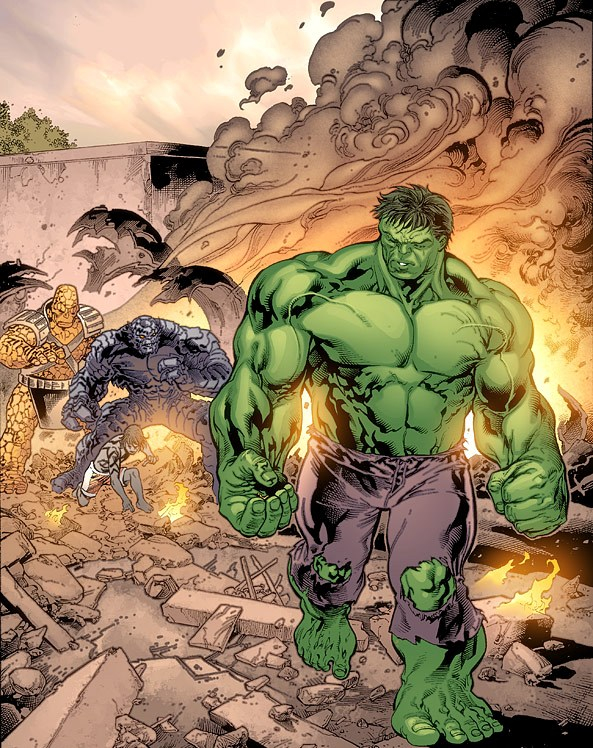 AUG108115
(W) Greg Pak (A) Brian Chin (A/CA) Tom Raney
Earth Story Written by Greg Pak; K'ai Story Written by Greg Pak & Scott Reed; Penciled by Tom Raney & Brian Chin
From Marvel Comics. Dark Son, Part 1. So many Hulks, one book a month wasn't enough to hold them! Bruce Banner is the Hulk once again, and far from being left alone, he's got a whole family of gamma-charged allies at his side. Son Skaar, daughter Lyra, cousin She-Hulk, friends A-Bomb and Korg, and wife Red She-Hulk-or is that EX-wife? Meanwhile, a universe away, Hiro-Kala, the mysterious Dark Son of Hulk, rises to power on the planet K'ai. He has a plan for his long lost family members, and it involves a bigger smash than his father has ever made. The Incredible Greg Pak (Planet Hulk) kicks off the Dark Son story as Incredible Hulks begins a new twice monthly schedule! Scheduled to ship 10/27/10. (161)