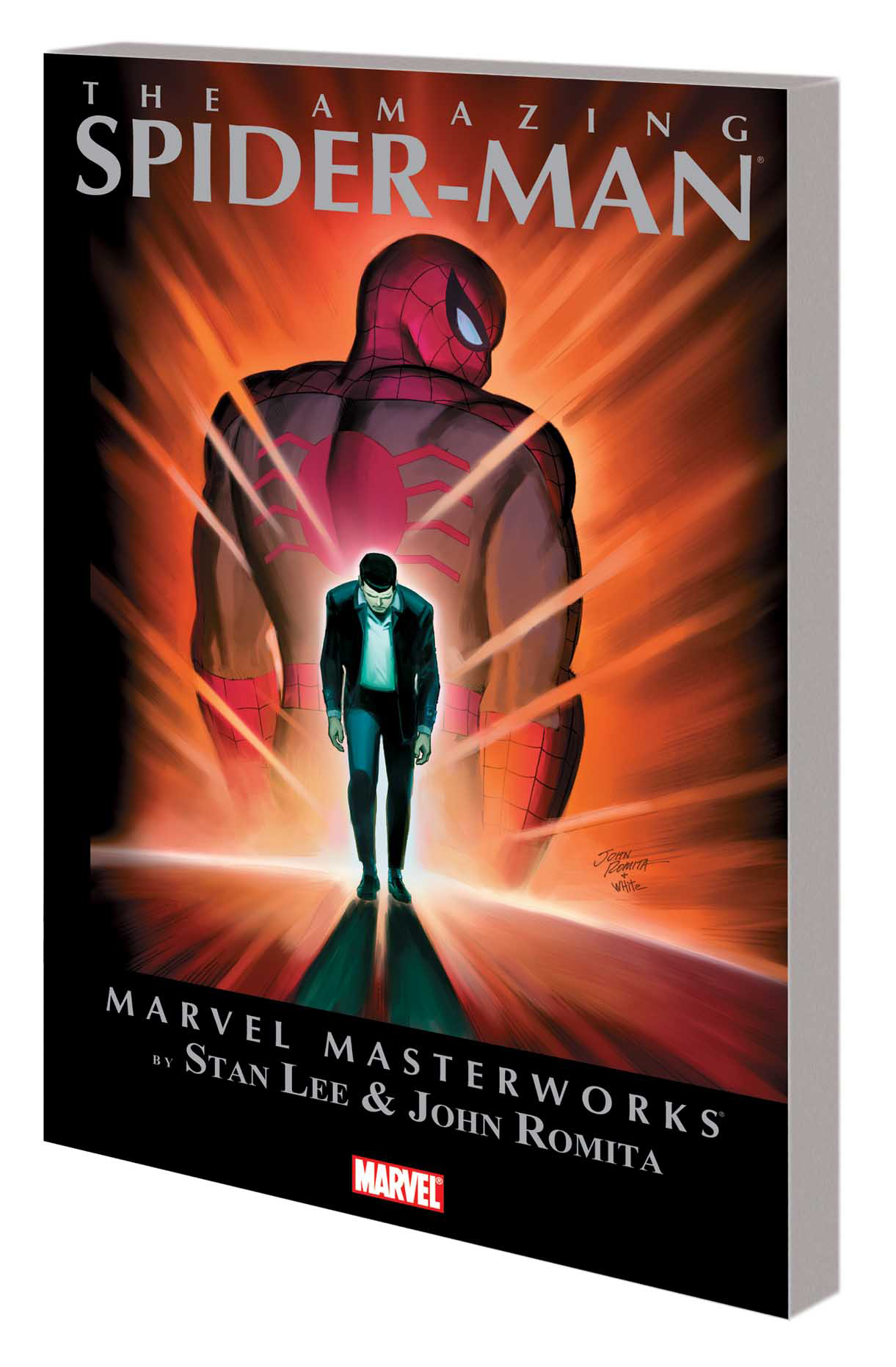 AUG100673
(W) Stan Lee (A) Don Heck (A/CA) John Romita Sr.
Written by STAN LEE
Penciled by JOHN ROMITA with DON HECK
Cover by JOHN ROMITA
You just hit the jackpot, tiger! The MARVEL MASTERWORKS bring you another set of classic tales featuring world's most amazing super hero-the Amazing Spider-Man. With Stan Lee and John Romita bringing story after story of unmatched drama and adventure, it's Spidey at his very best! It begins with the first appearance of the bulldozer on two legs, the Rhino, and if he can't turn Spidey into an endangered species, then perhaps an out-of-control, outer-space powered Col. John Jameson might be able to do the trick. The action keeps pumping with Spidey's first meeting with the Avengers (hint, it doesn't go well), the Shocker, the return of the Lizard, Kraven the Hunter, and the debut of an all-new Vulture and the Kingpin! But the true heart of the story is in the tale of young Peter Parker finding his way in the world. He finds new independence as he gets his own pad with pal Harry Osborn, courts Gwen Stacy, and beholds one of comics' most unforgettable entrances, a certain Miss Mary Jane Watson. Of course, for poor Spidey there's just as many pitfalls as perigees, and rarely has Spidey had it worse than in "Spider-Man No More!" Collecting THE AMAZING SPIDER-MAN #41-50 & ANNUAL #3.
240 PGS./All Ages ...$24.99