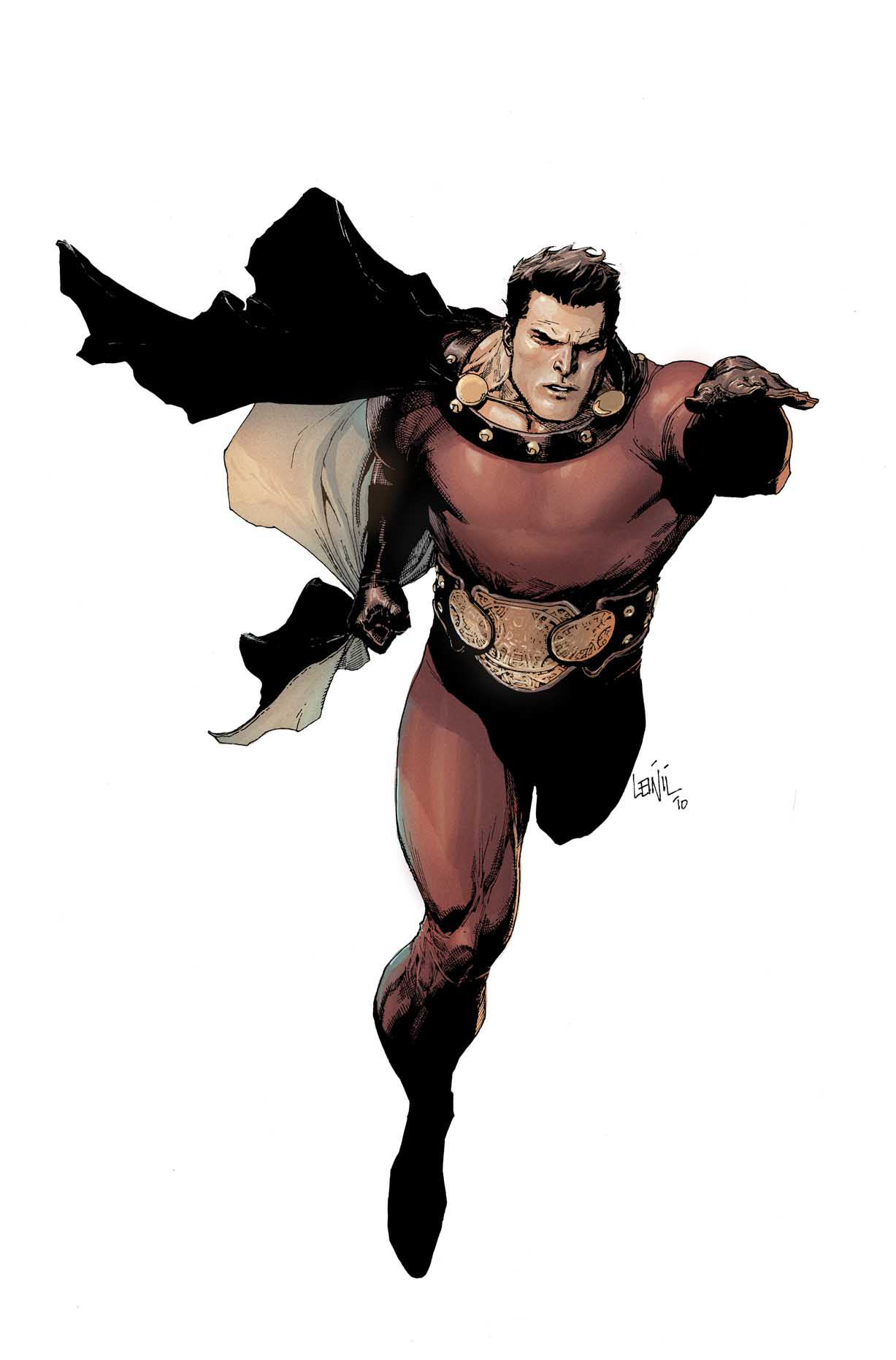 AUG100662
(W) Mark Millar (A/CA) Leinil Francis Yu
Written by MARK MILLAR
Pencils and Cover by LEINIL FRANCIS YU
Ollie Janson had it all going for him-plenty of friends at school, good looks, and his coach called him one of the most talented basketball players he's ever seen. But that was when he could still move his legs. Now he's living with multiple sclerosis, missing all the little things he used to take for granted, and escaping into the world of movies and comics with his best friend. Then... SUPERIOR entered his life. The newest smash superhero comic from MARK MILLER (KICK-ASS, NEMESIS, OLD MAN LOGAN) and his ULTIMATE AVENGERS 2 collaborator LEINIL FRANCIS YU (SECRET INVASION, NEW AVENGERS, ULTIMATE
WOLVERINE VS. HULK) is sure to bethe most talked-about new series of 2010!
32 PGS./ Mature...$2.99
NOT FINAL COVER