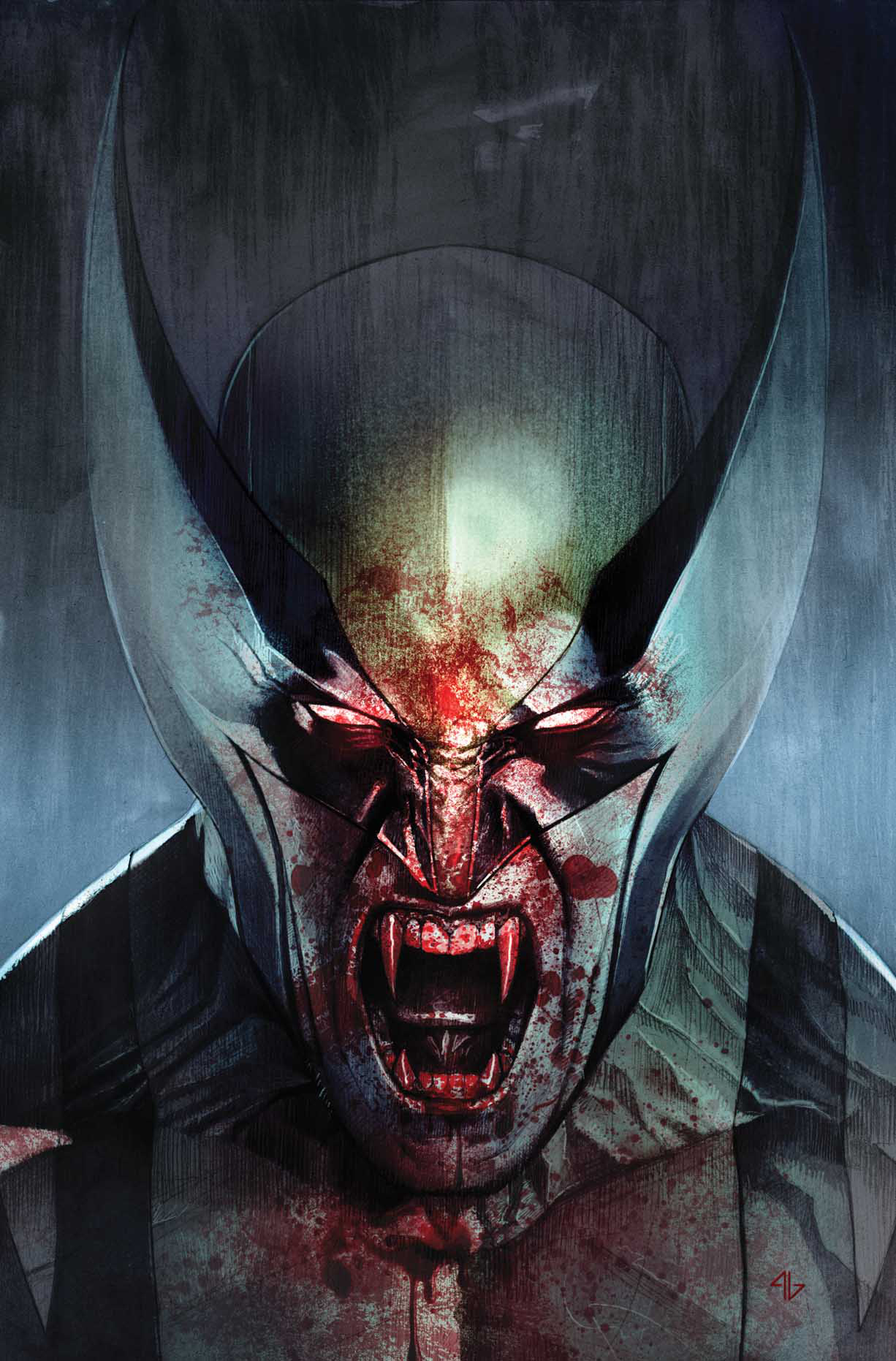 AUG100641
(W) Victor Gischler (A) Paco Medina (CA) Adi Granov
Written by VICTOR GISCHLER
Penciled by PACO MEDINA
Cover by ADI GRANOV
Variant Cover by PACO MEDINA
Vampire Variant by MIKE MAYHEW
"CURSE OF THE MUTANTS," PART 4
With thousands of vampires poised to attack Utopia, just waiting for the word from their leader, Xarus, the X-Men's best hope for survival just might lie in a most unlikely new ally: the newly resurrected Dracula, who has more than a bone to pick with his traitorous son.  But the problem cuts even deeper: The X-Men have lost one of their greatest warriors, fallen victim to a vampire bite.  Brace yourself for Vampire Wolverine!
32 PGS./Rated T+ ...$3.99