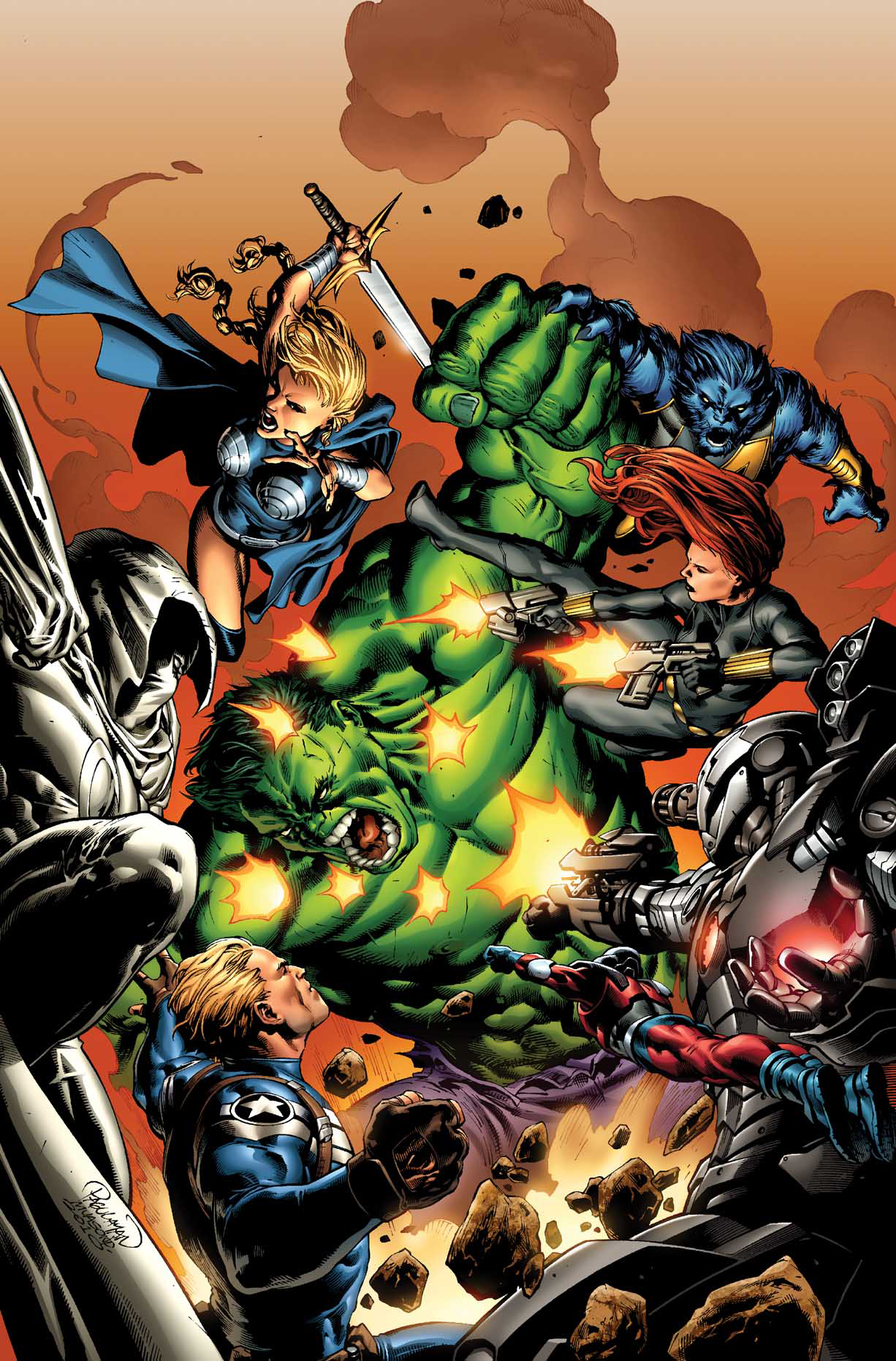 AUG100600
(W) Greg Pak, Joshua Williamson (A) Barry Kitson, Mirco Pierfederici
Written by GREG PAK
Penciled by BARRY KITSON
Covers by CARLO PAGULAYAN
Issue #614 Vampire Variant by SALVADOR ESPIN
DARK SON Part 3
As the Hulk's long-lost son Hiro-Kala rockets towards us across the solar system, Steve Rogers and the Secret Avengers face a much more immediate threat -- three tons of Incredible Hulks cutting loose right here on Planet Earth!  Forced to choose between his son and his planet, whose side will the Hulk take?  And how will that affect his fragile bonds with his savage son Skaar and his even more savage wife, the Red She-Hulk?  No one can save you like your family.  But no one can drive you
crazier.  And when you're talking about a family of Hulks, it's that second part that makes the whole world tremble in fear.
Written by "Planet Hulk" scribe Greg Pak and featuring the Hulk debut of fan favorite penciller Barry Kitson.
PLUS: the first two installments of the S.M.A.S.H. FILES, secret stories of the Incredible Hulks!
40 PGS.(each)/Rated A ...$3.99 (each)