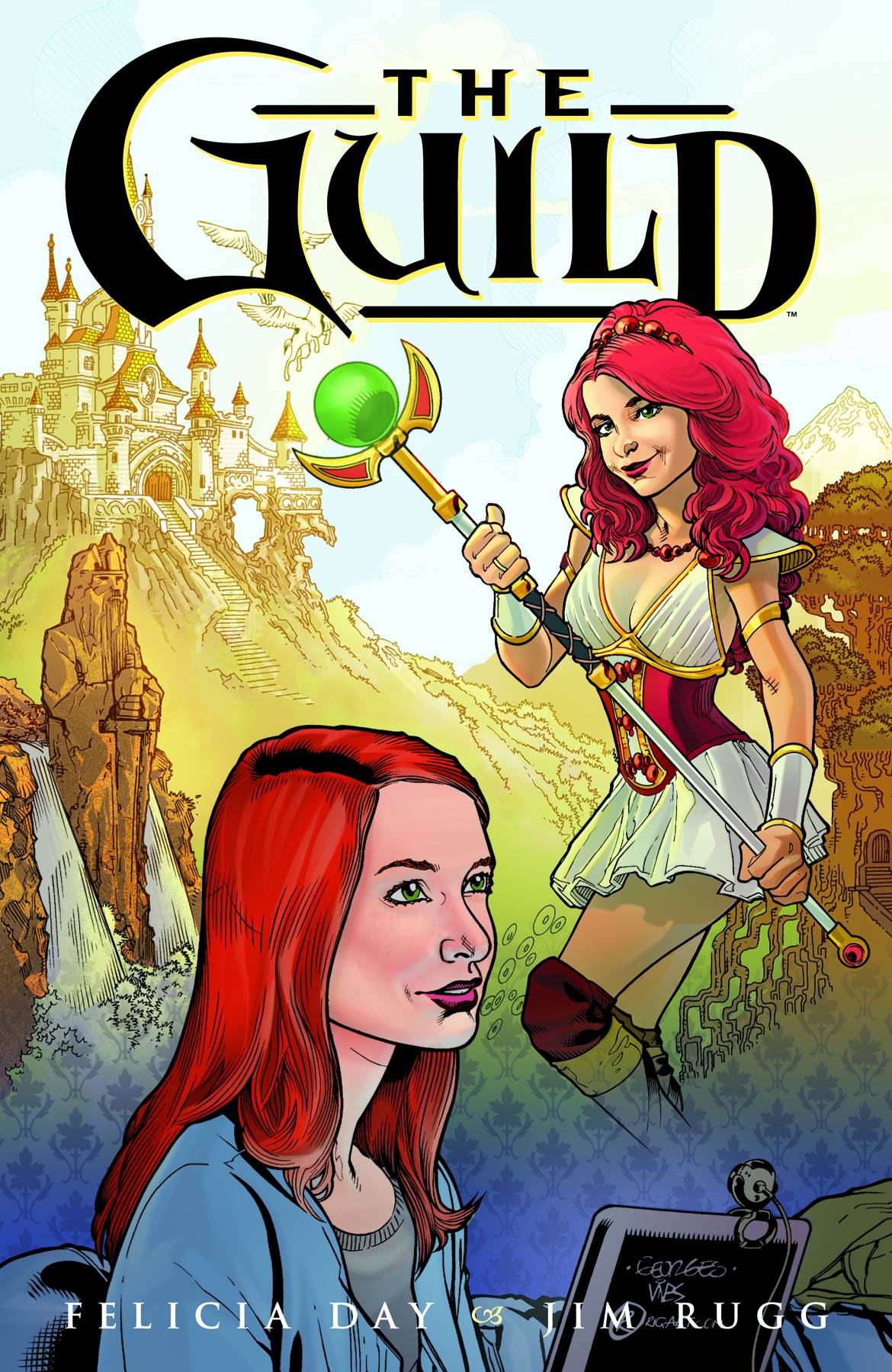 #
AUG100048
(W) Felicia Day (A) Jim Rugg, Juan Ferreyra (CA) Georges Jeanty
Internet phenomenon The Guild comes to comics!
Chronicling the hilarious on- and offline lives of a group of Internet role-playing gamers, the Knights of Good, The Guild has become a cult hit, and is the winner of numerous awards from SXSW, YouTube, Yahoo, and the Streamys. Now, Day brings the wit and heart of the show to this graphic-novel prequel. In this origin tale of the Knights of Good, we learn about Cyd's life before joining the guild, how she became Codex, her awful breakup with boyfriend Trevor, and how she began to meet the other players who would eventually become her teammates.
o This story line fills in details never before revealed on the web show, making it an essential new chapter for existing fans as well as a perfect jumping-on point for new fans!
o See the web series at watchtheguild.com.
o Collects the three-issue series and features a sketchbook section and pinups!
In Shops: Nov 24, 2010
SRP: $12.99
View All Items In This Series
ORDER WISH LIST