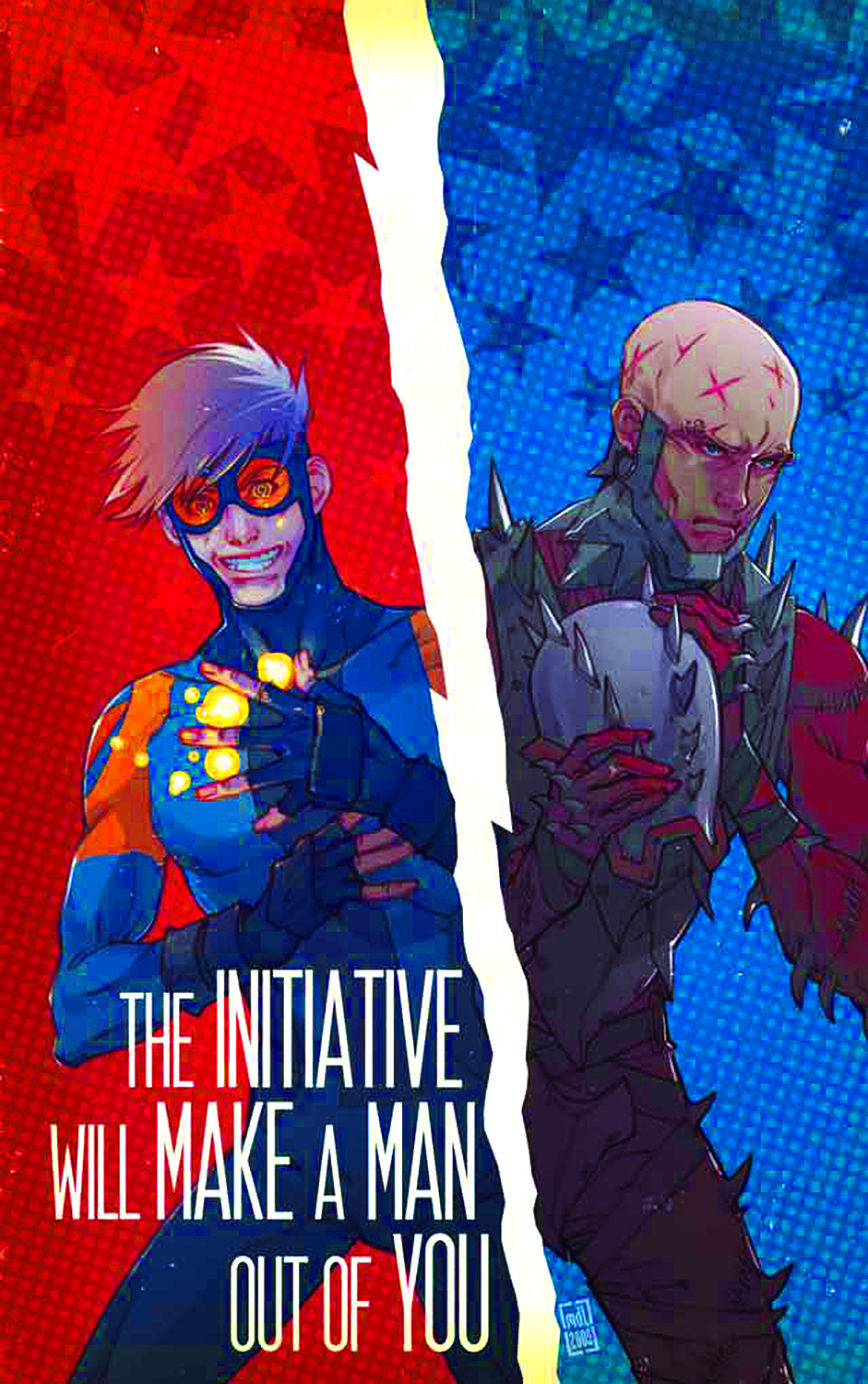 AUG090457
(W) Christos N. Gage (A) Jorge Molina (CA) Matteo De Longis
Written by CHRISTOS N. GAGE
Penciled by JORGE MOLINA
Cover by MATTEO DE LONGIS
While the Hood makes a captive hero an offer they can't refuse, the stress of Trauma's situation is opening the way for a threat far deadlier than even Norman Osborn.  What could possibly be dangerous--and powerful--enough to threaten both the Initiative and the Avengers Resistance?  How about an other-dimensional demon lord bent on conquering our plane...and it's not Dormammu.  With both the heroes and villains in disarray, who can save us?  Anyone...anyone...?
32 PGS./Rated T+ ...$2.99