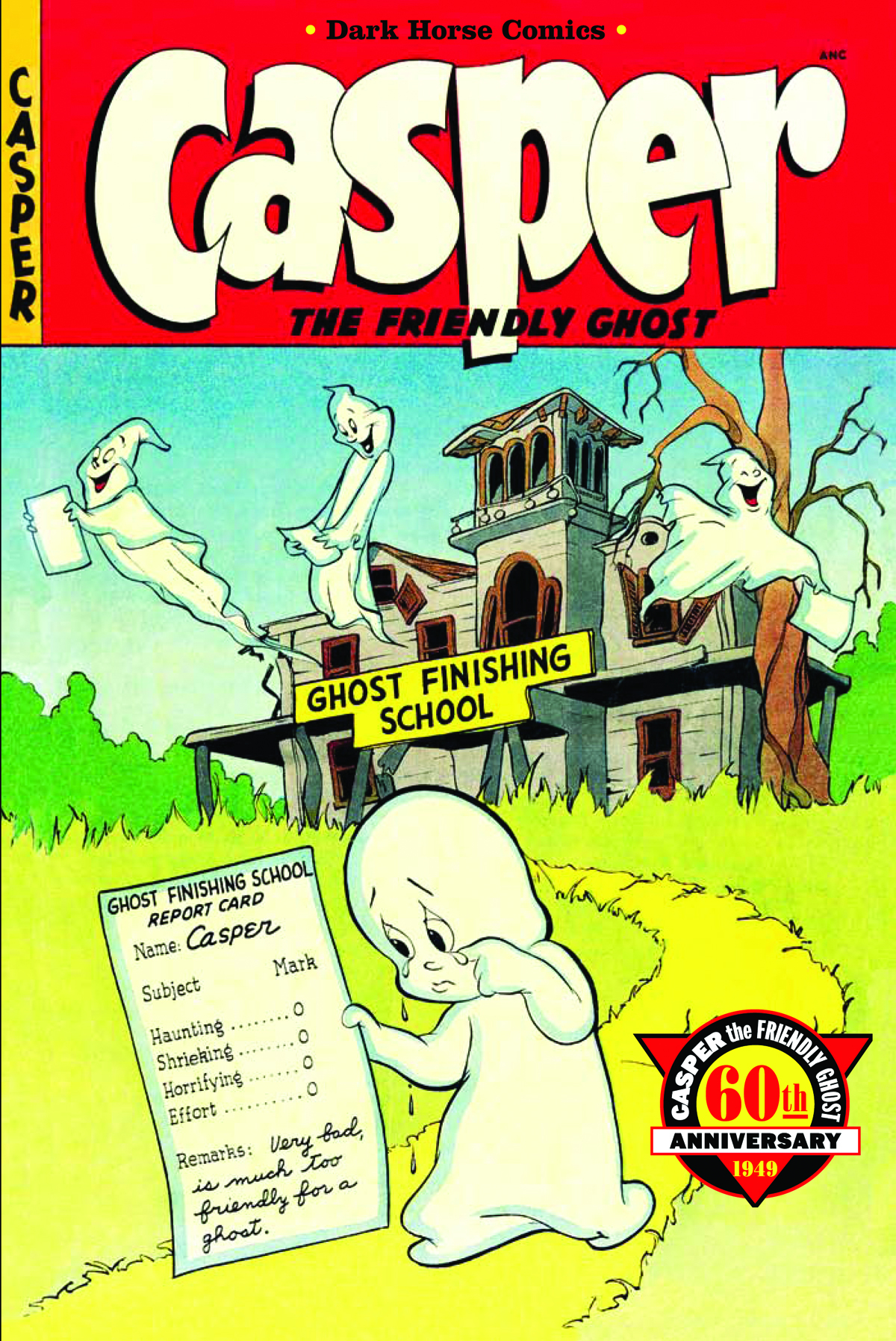 Since making his spooktacular cartoon debut in "The Friendly Ghost," Casper has become one of the most enduring and best-loved characters in the world. Now, in celebration of the sixtieth anniversary of Casper's comics debut, Dark Horse is proud to announce the publication of a special hardcover facsimile edition of not one, but two full-length, complete Casper comic books in sparklingly restored full color! Beginning with Archer St. John's 1949 first issue of Casper the Friendly Ghost, this sixtieth-anniversary edition continues with Harvey Comics' premier edition of Casper from 1952. You'll thrill as timid Casper-defying his fellow ghosts' dictum that ghosts must scare people-makes friends with a host of cute kids and furry animals in two tales that will touch your heart and tickle your funny bone!

o Perfect for all ages!