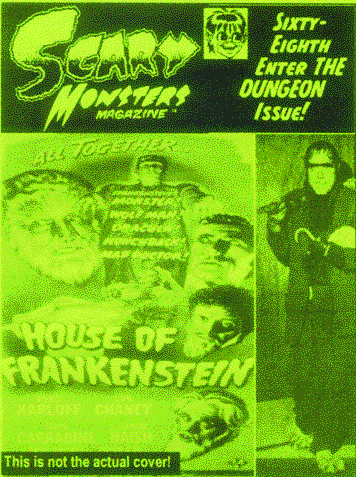 AUG084500
M.T. Graves hosted a show called The Dungeon in the late 1950s to the late 1960s in Miami, Florida. We will be presenting a tribute to Charles Baxter who portrayed M.T. Graves in this special "Enter The Dungeon!" issue of Scary Monsters Magazine. We'll also be doing some Home Remodeling in this Scary issue with an article entitled "Home Remodeling: Re-working 'The House of Frankenstein.'" In this special article a monster fan tells us how he would have re-worked The House Of Frankenstein to make it even a better monster movie. Just in time for the November election we present "Polictical Perils" exploring the distinguished and extinguised careers of some of horror's popular and not-so-popular politicos that appear in horror films.