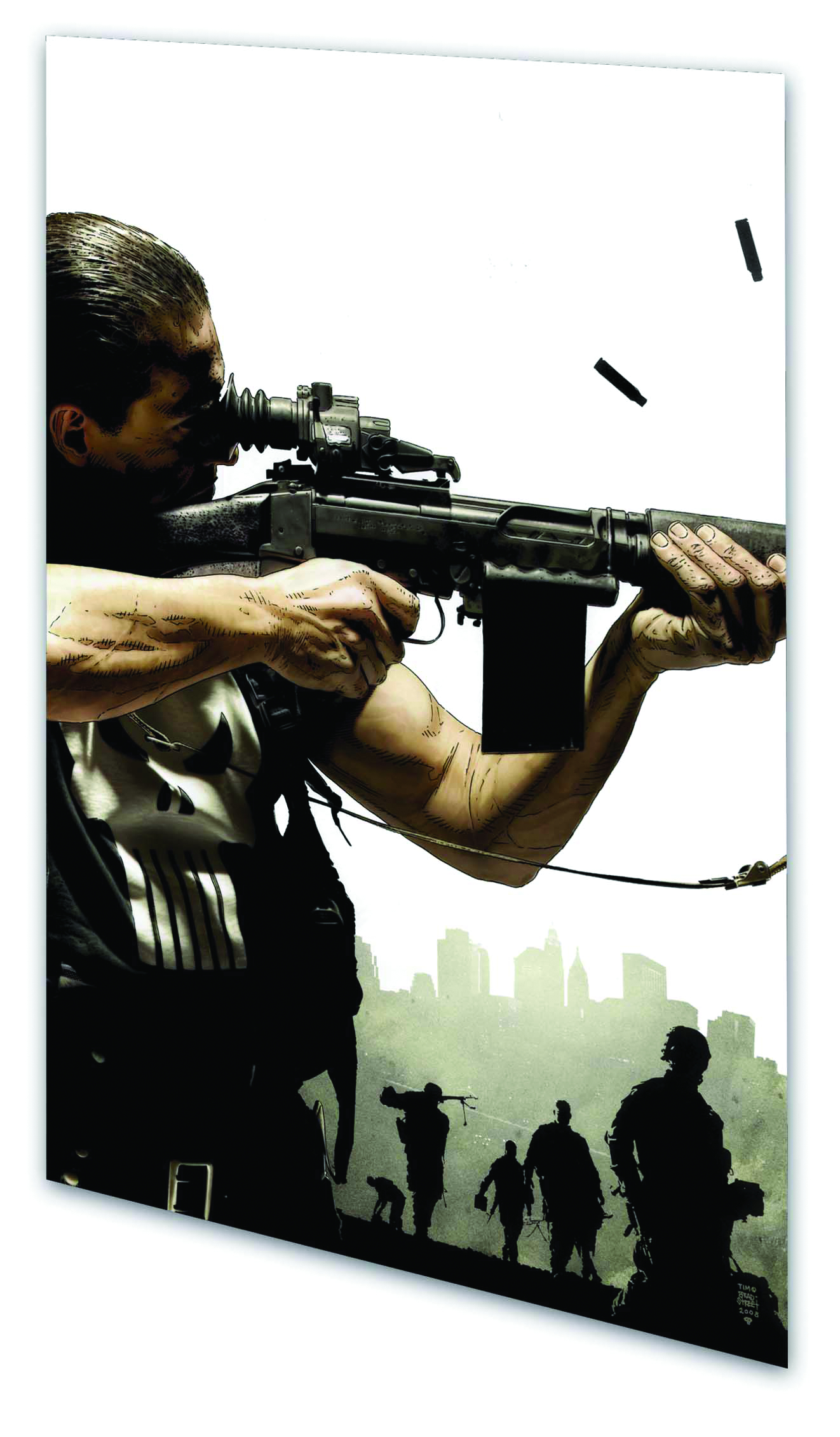 AUG082468
(W) Garth Ennis (A) Goran Parlov (CA) Tim Bradstreet
Written by GARTH ENNIS
Penciled by GORAN PARLOV
Cover by TIM BRADSTREET
Garth Ennis concludes his seminal run on Punisher - in style. Thirty-five years ago, the Fifth Cavalry disgorged their troops on an isolated Vietnamese hilltop and was met by a scene of utter devastation. The final body count ran to well over seven-hundred - almost 200 hundred of them American soldiers. Standing alone amidst the carnage, a sole survivor: Captain Frank Castle, who years later would be known as the most fearsome vigilante to walk the Earth - the Punisher. Now, the Punisher is about to face his stiffest test: He's hunted big game in his day, but none as big as this. Five men with unlimited resources. Men who'd put anything between themselves and the Punisher's bullet. Men who know exactly who he is - and how to fight him. Collecting PUNISHER #55-60.
144 PGS./Explicit Content ...$16.99