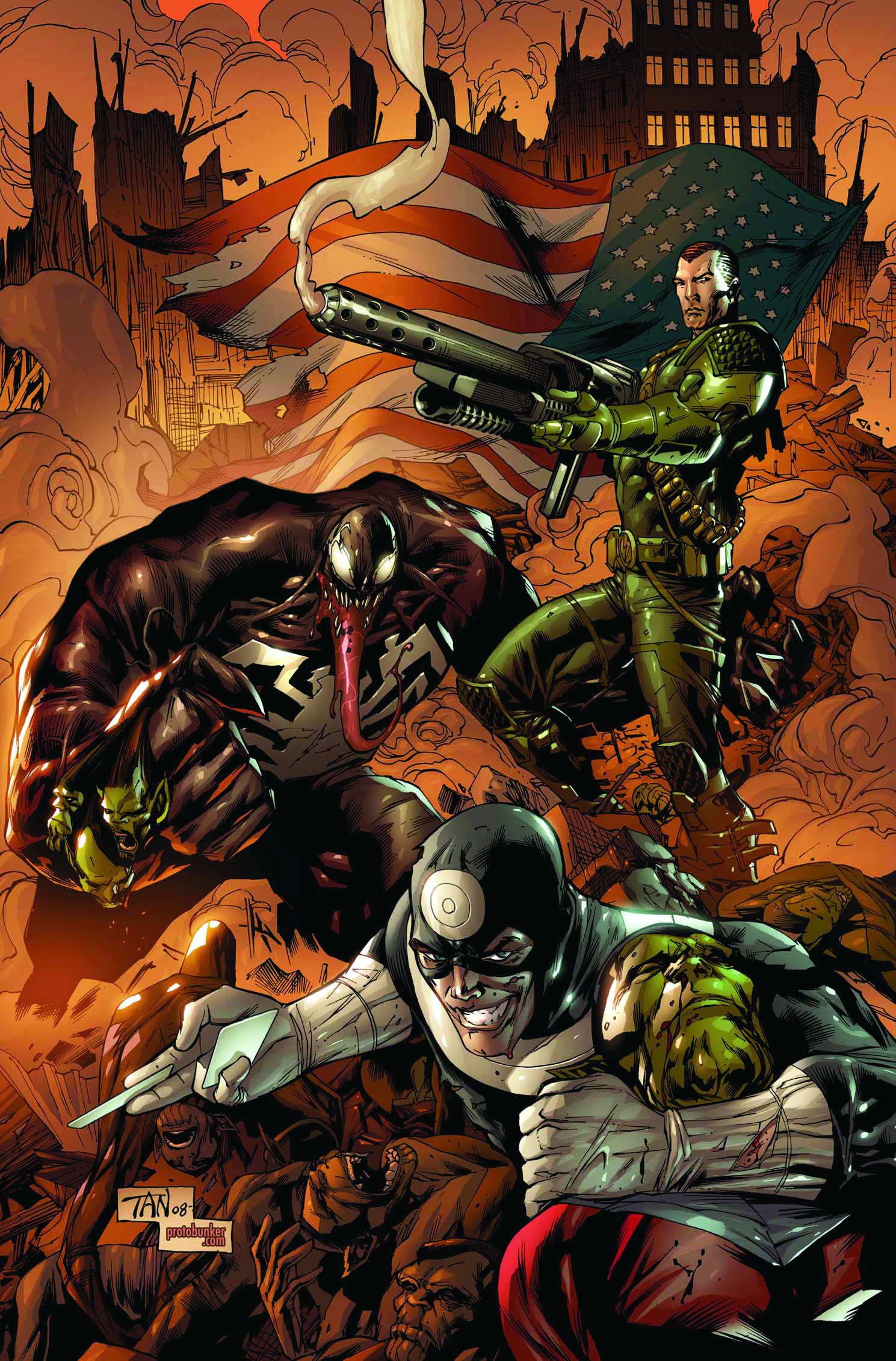 AUG082390
(W) Christos N. Gage (A) Fernando Blanco (CA) Billy Tan
Written by CHRISTOS N. GAGE
Penciled by FERNANDO BLANCO
Cover by BILLY TAN
A SECRET INVASION TIE-IN!
This is it -- the final battle between the Norman Osborn-led Thunderbolts and those no-good, stinkin' Skrulls!  Will Venom, Bullseye and company emerge as heroes - or are they destined to remain villains? The answer will have major repercussions for the Thunderbolts...not to mention the entire Marvel Universe itself!
32 PGS./Rated T+ ...$2.99