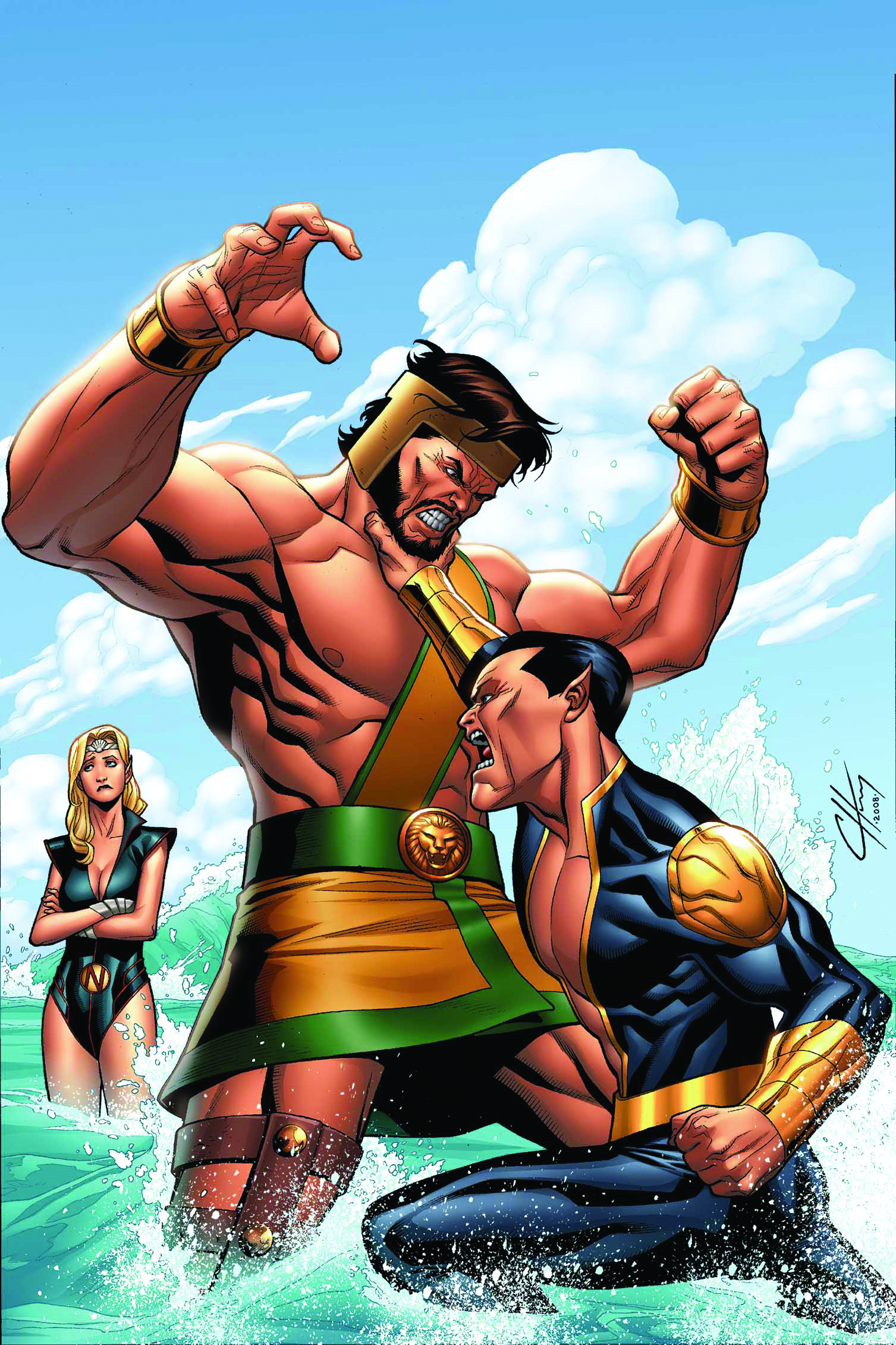 AUG082353
(W) Greg Pak (A) Salva Espin (A/CA) Clayton Henry
Written by GREG PAK & FRED VAN LENTE
Art by CLAYTON HENRY
Cover by CLAYTON HENRY & GURU eFX
Zombie Variant by TBA
LOVE AND WAR, Part 2 - What's an Atlantean/Amazon war without the Avenging Son himself? For the first time since "World War Hulk," Hercules, Prince of Power, faces off against Namor, Prince of Atlantis!  Meanwhile, an infatuated Amadeus Cho dances on the edge of doom with a deadly Amazonian princess -- and loves it, baby!
32 PGS./Rated A ...$2.99