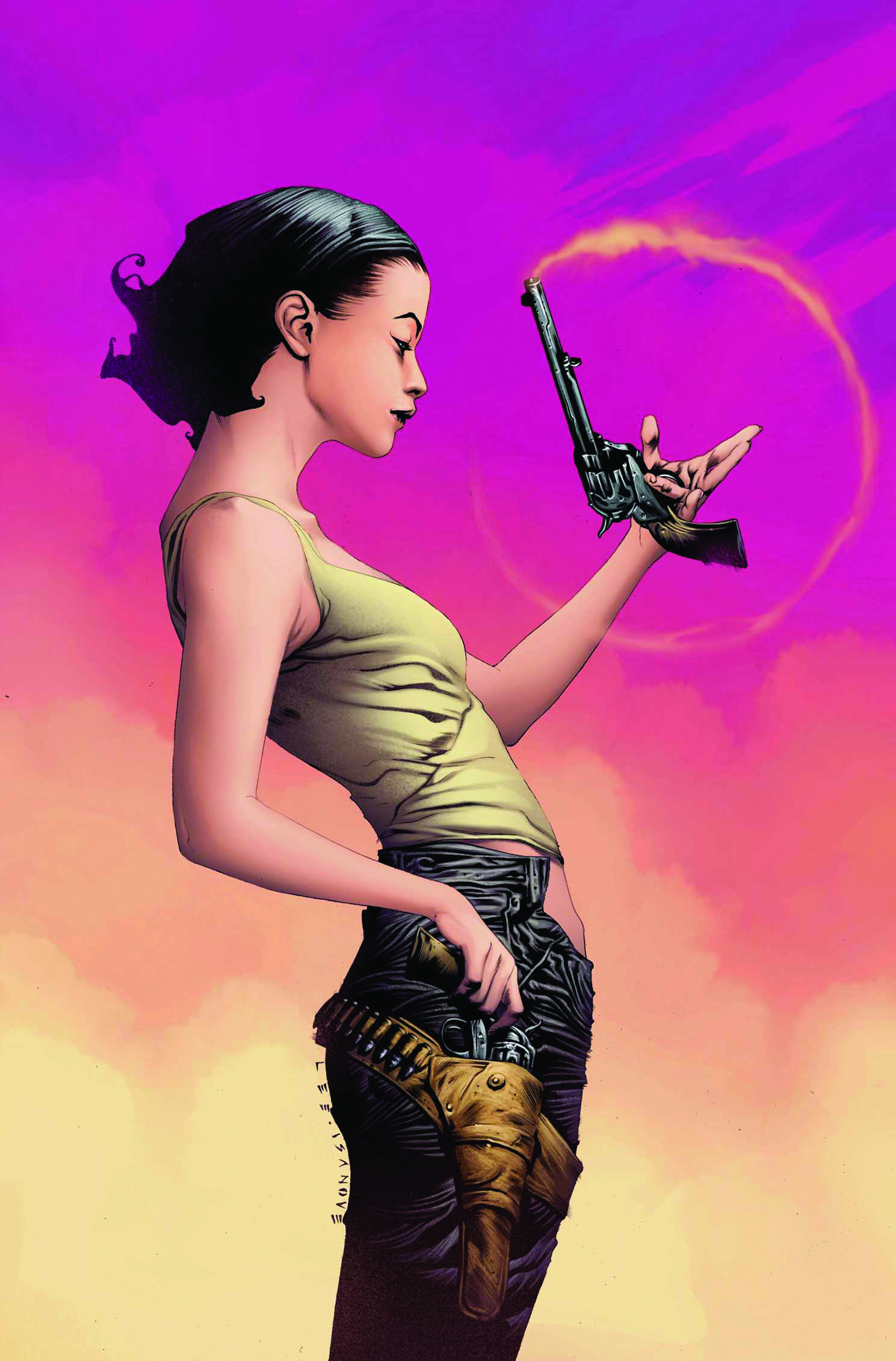 AUG082303
(W) Peter David (A) Richard Isonove, Jae Lee (CA) Various
Written by PETER DAVID & ROBIN FURTH
Penciled by JAE LEE & RICHARD ISANOVE
With the battle between the evil John Farson's Big Coffin Hunters and Steven Deschain and his gunslingers finally over, the true death toll is revealed. Will Roland's father be among the dead? Meanwhile, in Gilead, as Roland suffers from the after-effects of his multiple encounters with Maerlyn's Grapefruit, his ka-tet desperately requires his presence at the all-important coming-of-age feast the next night, or the consequences will be dire. Worse still, Cort, the gunslingers' mentor, has chosen his niece, Aileen, to become the betrothed of young Roland...and Cort rarely takes no for an answer
40 PGS./Cardstock Cover/Parental Advisory...$3.99
2008 Stephen King. All rights reserved.