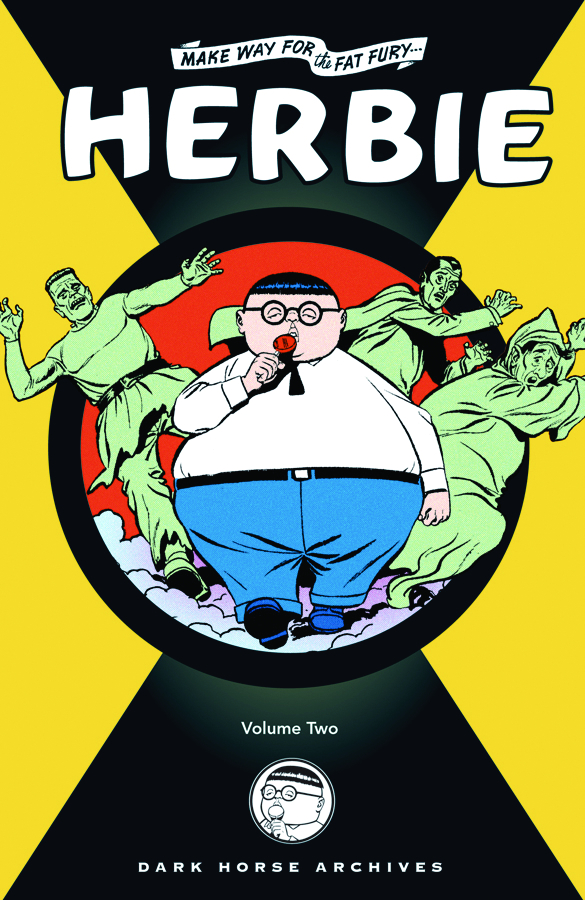 Make way for the Fat Fury! Legendary comics publisher ACG had a hit on their hands in the mid-1960s with the adventures of Herbie Popnecker, a plump lump of a kid who secretly possesses nearly unlimited super powers! Join Herbie as he takes on goofy cavemen, joins George Washington's army, gets the better of pop-culture figures like Gregory Peck and the Queen of England, and dons the unassuming costume of the Fat Fury for the very first time!