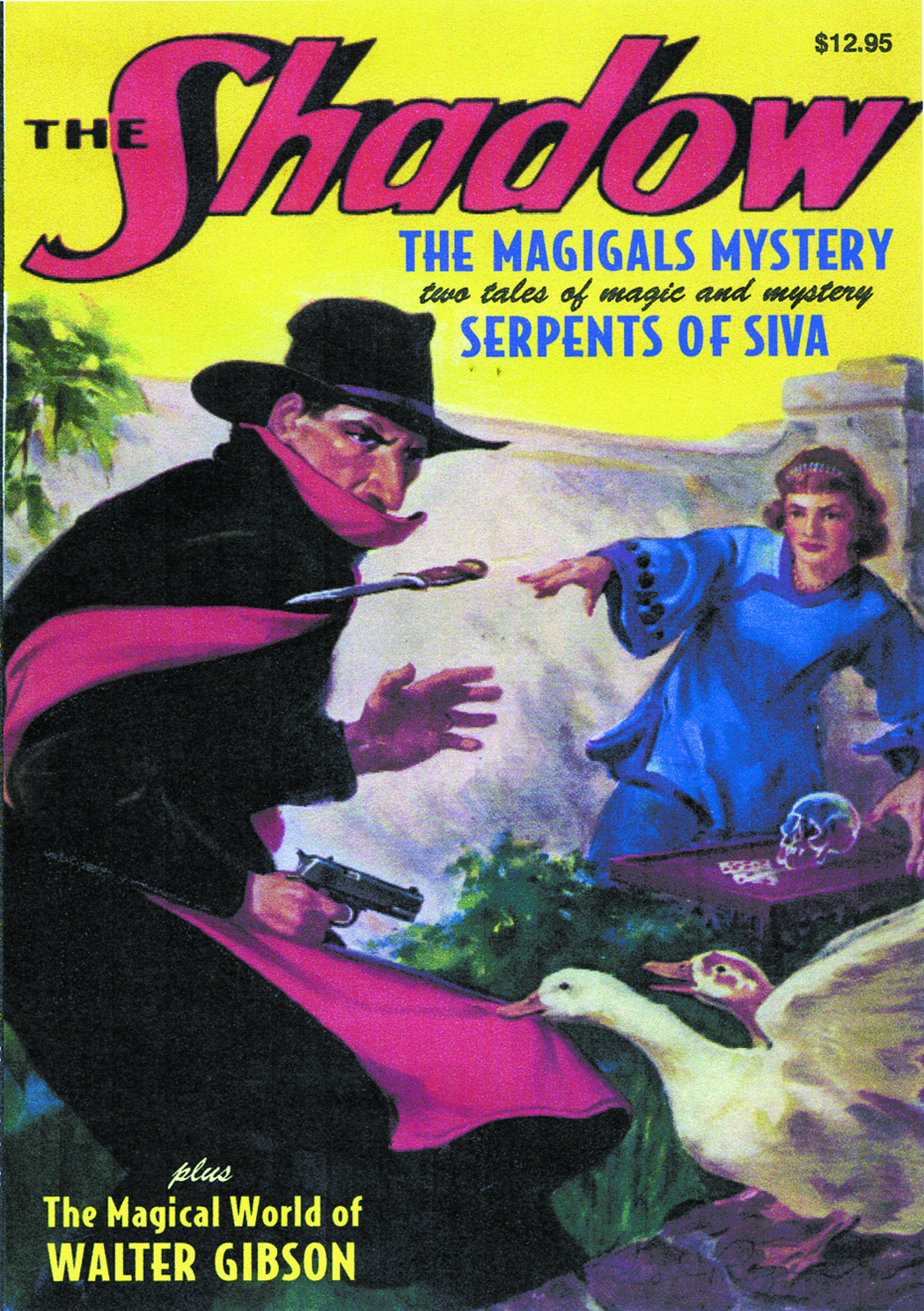 AUG074143
(W) Maxwell Grant Walter Gibson, Ted Tinsley (A) Tom Lovell
The Dark Avenger explores the worlds of magic and mystery in two of Walter Gibson's most intriguing thrillers. The Shadow is buried alive when he battles Hindu thuggees of an ancient cult as he searches for the strange secrets of the "Serpents of Siva." Plus, writer/magician Walter Gibson reveals yogi secrets and the levitation illusion. Then, Lamont Cranston visits a magic convention to investigate "The Magigals Mystery," featuring Walter Gibson's only pulp cameo! This classic pulp collection also features George Rozen's incredible pulp covers, all the original interior art by illustrators Edd Cartier and Paul Orban, and historical articles on Walter Gibson's magical world by Will Murray and Anthony Tollin.