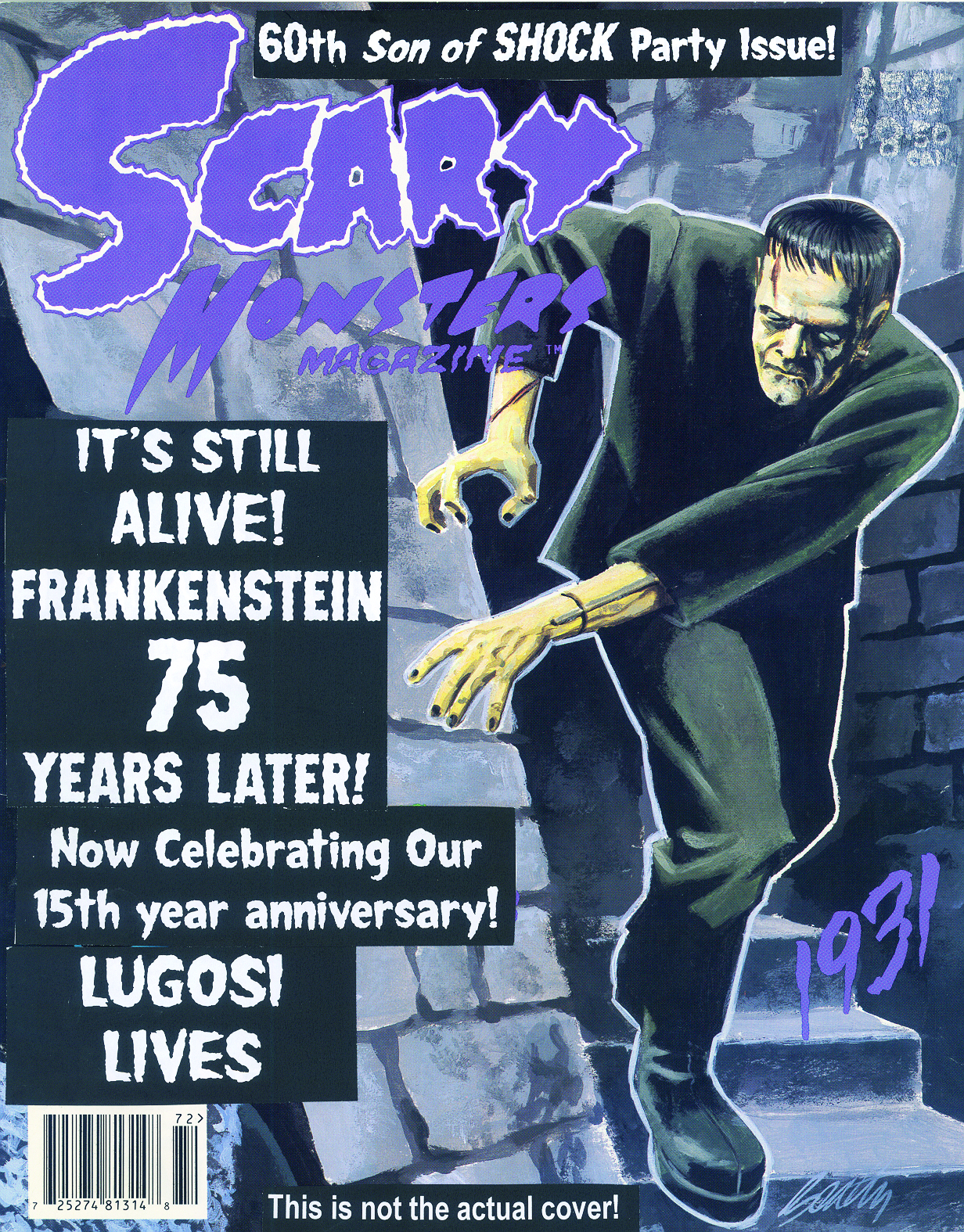 AUG063750
The 60th Son of Shock Party issue! Scary Monsters Magazine celebrates its 15th anniversary  by celebrating the 75th anniversary of the classic Karloff  "Shock Theater" film, Frankenstein (1931)! And yes,  it's still alive! "Frankenstein, 75 Years Later", will take you back to 1931 and move forward. Let's not forget it is also the 75th Anniversary of Lugosi's Dracula! Also included are "Halloween Greetings From England", "Lugosi Lives", and much more... all to keep the Shock Party going!