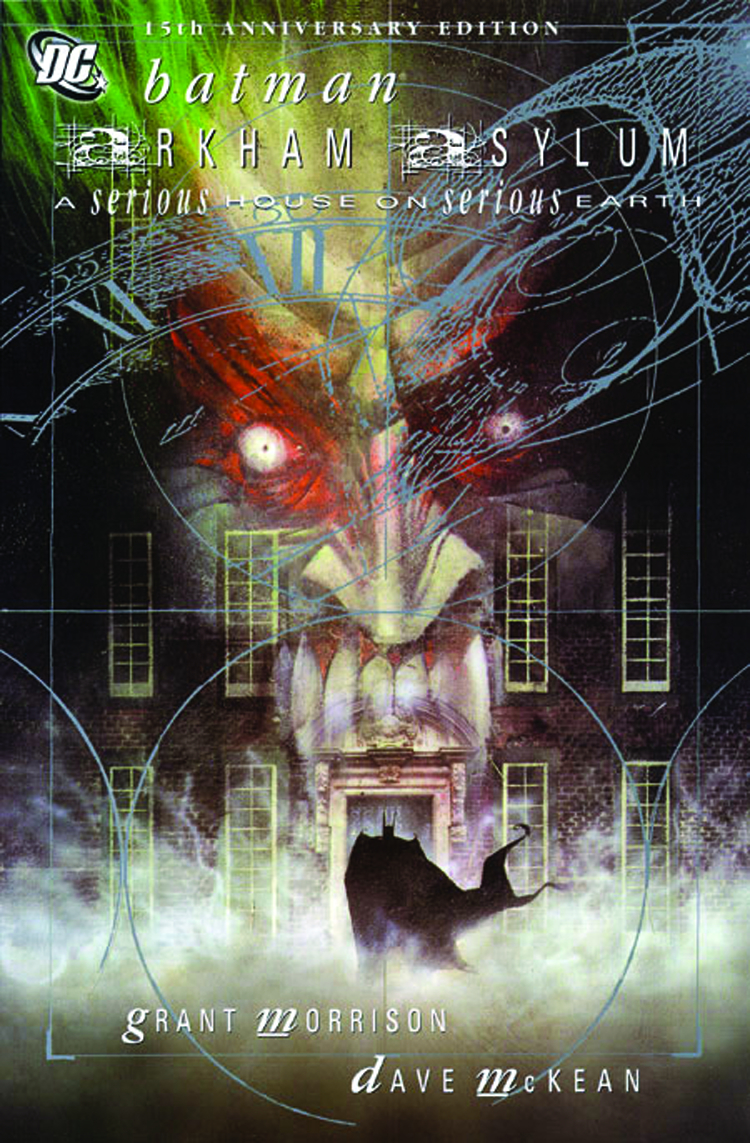 AUG050185
(W) Grant Morrison (A/CA) Dave McKean
Written by Grant Morrison
Art and cover by Dave McKean
In celebration of the 16th anniversary of the critically acclaimed Batman story that helped launch the U.S. careers of Grant Morrison and Dave McKean, DC Comics is proud to present a softcover edition of the ARKHAM ASYLUM ANNIVERSARY EDITION, reprinting the now-classic confrontation between the Dark Knight and his archnemeses the Joker, Two-Face, Scarecrow, Poison Ivy, and more in the black heart of Gotham City's house for the criminally insane.
This graphic novel is well known for its psychological intensity and probing portraits of Batman and the Joker, as well as groundbreaking art that influenced scores of artists by introducing a new school of storytelling and technique to comics. This special edition also includes Morrison's complete original script annotated by both himself and editor Karen Berger, many of his original thumbnail breakdowns, step-by-step samples of how the story and art came together and much more!