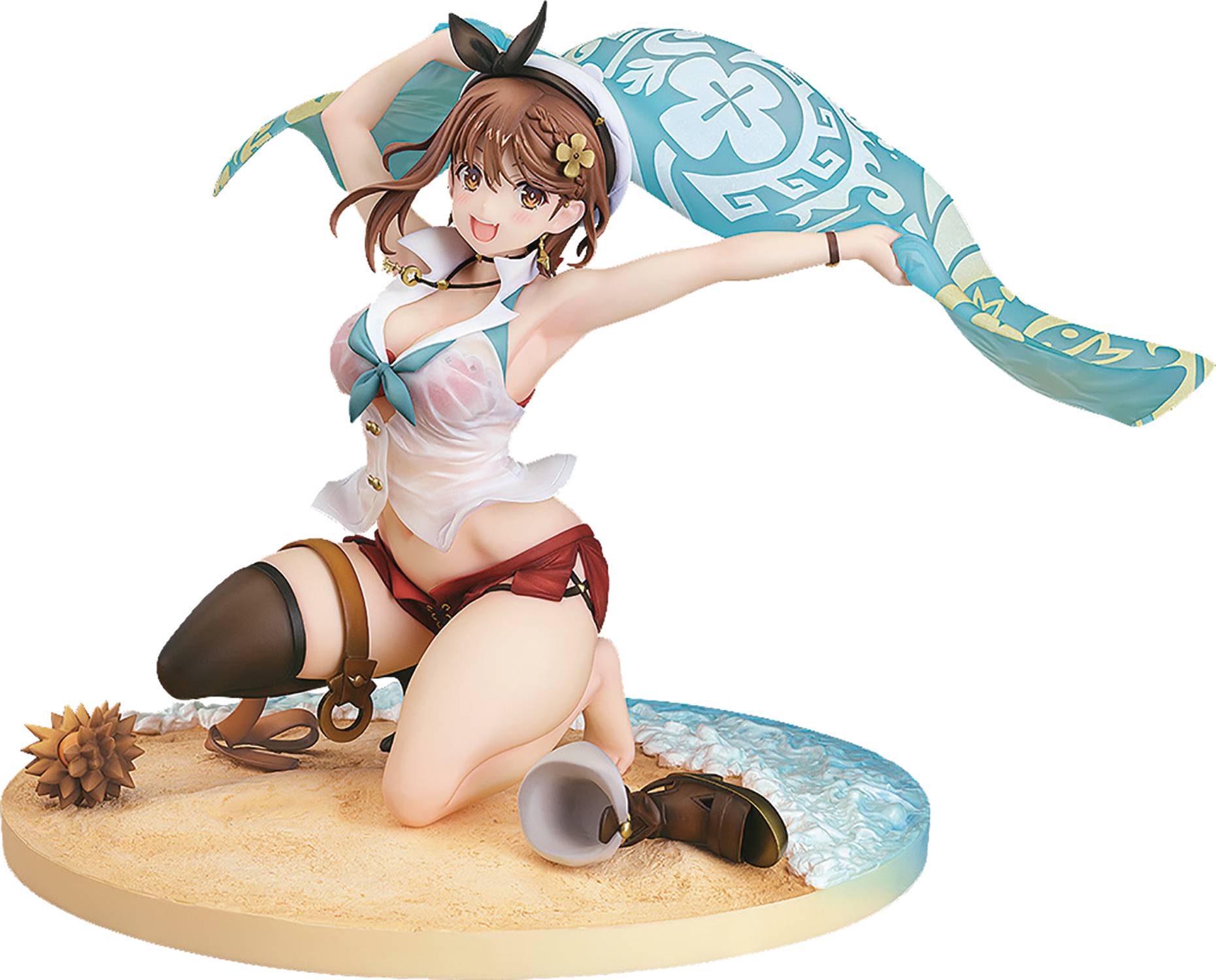 # # # # # #
APR228249
From Phat. From Atelier Ryza 2: Lost Legends & the Secret Fairy comes a scale figure of the protagonist Ryza, also known as Reisalin Stout, in a bold swimsuit outfit! The figure is a faithful recreation of an illustration by character designer Toridamono featuring Ryza enjoying her time at the beach. The figure rests upon a beach-themed base with a chestnut.